The United States has no indication that a couple who killed 14 people in California were part of a wider cell which planned more attacks, US Attorney General Loretta Lynch has said.

Ms Lynch, speaking to reporters in London, said the radicalisation of the couple seemed to have been going on for some time.

She said she had no information that another attack was planned by the couple.

"At this point in time we do not have an indication that these two people were part of a larger cell or group," said Ms Lynch.

"We do not have an indication that they were planning specific things beyond this attack although that information is still evolving," she added.

They were killed a few hours later in a shoot-out with police.

The FBI has said the couple were radicalised long before they started dating online and spoke of martyrdom and jihad online in late 2012.

"We are trying to learn everything we can about both of these individuals, as individuals and as a couple, to determine why they chose that location, that event, that particular place to vent their rage," said Ms Lynch.

"We are essentially digging into their lives as far back as we can," she added.

"Our view is that the radicalisation had been going on for some time, but it's really too early to tell at this point what was the genesis of it for either of them." 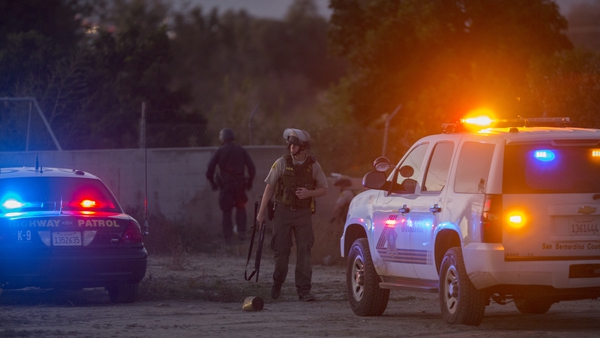