A 23-year-old man from the eastern French city of Strasbourg has been identified as the third bomber involved in the attacks at Paris's Bataclan music venue, police sources said.

The venue was one of a number of locations targeted in the 13 November attacks, which killed 130 people.

Foued Mohamed Aggad went to Syria with his brother and a group of friends at the end of 2013, according to a source close to the investigation.

Most of the others were arrested in spring last year upon their return to France but Aggad stayed on in Syria, the source said.

90 people were killed in the attack on the Bataclan.

The two other bombers have been identified as Omar Omar Ismail Mostefai, 29, and 28-year-old Samy Amimour.

Aggad was identified at the end of last week after his DNA was matched with those of his family members, the police source said.

Meanwhile, fugitive Paris attack suspect Salah Abdeslam telephoned a man serving a prison term in a southern Belgian prison on the night of the massacre, a source close to the investigation said.

Abdeslam, who is alleged to have driven three suicide bombers to the French national stadium on the evening of 13 November, phoned the prisoner, a fellow resident of the Brussels district of Molenbeek, the source said.

The source said the prisoner, who was jailed for a common law crime, is not implicated in the attacks.

The prisoner's lawyer said his client "formally denied having received the call from Abdeslam".

Abdeslam had visited the prisoner twice during his incarceration in the southern city of Namur, the last time in October, it was reported. 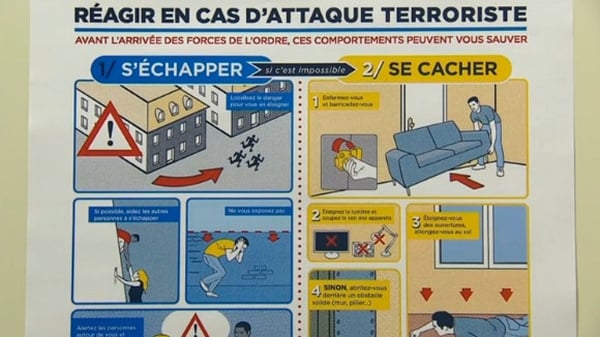