Joe Higgins and Pearse Doherty have said they will not sign the draft report into the banking inquiry.

In a statement this evening, Socialist TD Joe Higgins said  "I confirm that I have formally told the Joint Committee of Inquiry into the Banking Crisis that I am not in a position to sign the Draft Report.

I will make a full statement tomorrow, Monday, outlining my reasons for not signing."

This follows Sinn Féin finance spokesperson Pearse Doherty's announcement earlier that he rejects the banking inquiry report and will not be signing off on its contents because it does not answer the key questions required.

He said he had wanted to get the full truth about the crisis because people deserved no less.

Speaking this afternoon, Mr Doherty said: "When I agreed to take part in the banking inquiry, foremost in my mind were the people who have lost their homes and businesses, the cuts inflicted on our public services and the generation forced into emigration because of the banking crisis.

"The people have the right to know how the banking crisis came about, who was responsible and to be assured that it would never happen again.

"I have worked constructively on the inquiry to get to the full truth of what happened.

"While the report includes new information, it fails to fully answer the questions regarding how the crisis came about and who was responsible.

"Our people deserve the full truth. That is why I am unable to not sign off on the committee report."

After a 15-hour day yesterday, the members are meeting again for what has been billed as the final day of deliberations.

The draft must go to a legal review tomorrow morning.

Meanwhile, Fianna Fáil TD Michael McGrath has warned that the report may not have an executive summary as it will be difficult to agree with the 11 members.

Speaking on his way into the meeting, he said they had not yet begun to consider the summary but 140 amendments had been tabled.

He said that realistically it would be difficult to achieve agreement on its contents.

Mr McGrath said that would be an omission and the report should have an executive summary.

He added that they were never going to have a lengthy document on a complex issue that all 11 members were completely happy with, but he said if they failed to reach an agreement, they would be letting people down. 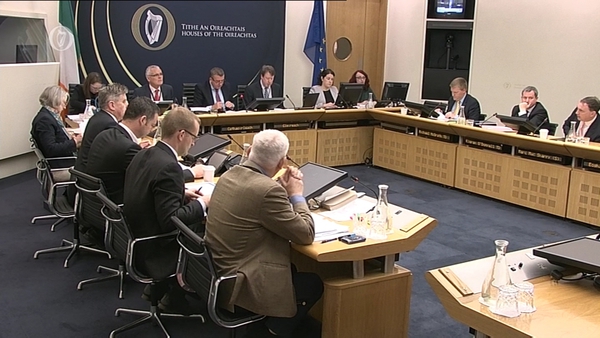 Two members may not sign off on inquiry report