There were significant delays to outbound flights at Cork airport today as a result of the high winds caused by Storm Clodagh.

Flights were also diverted to other airports.

Head of Communications with Cork Airport Kevin Cullinane said: "There has been a number of delays to outbound flights at Cork airport from early morning.

"The airlines are hoping to operate their evening schedules."

The storm had left around 4,000 people without power but ESB Networks have said that power was restored to all customers by early evening.

Head of Communications with ESB Networks Bernadine said: "There was not a lot of damage done overnight." 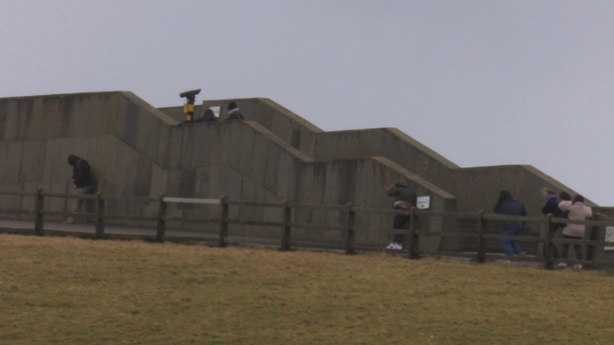 The Status Orange wind warning for very strong, westerly winds was a direct result of Storm Clodagh's evolution. It warned of southwesterly winds veering westerly to reach mean speeds of 60-80 km/h with gusts of 100-130km/h.

There are reports of trees blown over due to the gale-force winds.

Irish Ferries cancelled all Swift sailings yesterday and today. All other sailings departed as scheduled.

Met Éireann said: "Westerly winds will continue to reach gale force for a time early tonight on coasts from Erris Head to Malin Head to Howth Head and on the north Irish Sea.

"West to southwest gales will develop later tonight and Monday morning on coasts from Howth Head to Roches Point to Erris Head and on the Irish Sea."

Clodagh, the third named storm of the extended winter season, passed eastwards to the north of Ireland this morning.

It will then pass through Scotland and the North Sea towards southern Scandinavia, where it is expected to deepen further.

More than 45,000 people were left without power when Storm Barney hit Ireland less than a fortnight ago.