Speaking at the Mater Hospital in Dublin as part of Sinn Féin's weekend of action on the trolley crisis, Ms McDonald said: "We have a crisis in our hospitals, not least here in the Mater in Dublin, where the hospital is short at least 100 nursing posts.

“The emergency department is under massive pressure, and we have a Government and a minister for health for whom this seems to be acceptable. For people who use the hospital services, this is not an acceptable position.

"I notice Minister [Leo] Varadkar is almost blaming the hospitals for the crisis - that's not the case. We have this chaos in our hospital because of government policy. Their big idea of Universal Health Insurance has now been thrown in the bin.

"They need to take control of this situation and accept that their policies have consequences - consequences of which are felt by children who have had their appointments cancelled or elderly people who turn up at their emergency department and don't know whether they'll be offered the chair or the floor.  It's uncivilised and it's unacceptable.

"We need a sense of priority from the Government and that has been sorely lacking. 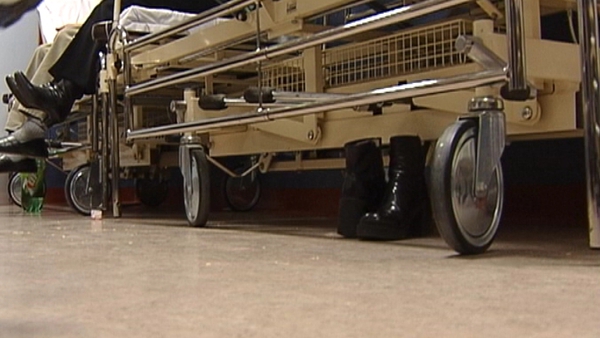