The Minister for Agriculture has said he was shocked to learn about the extent of the salary paid to the former general secretary of the Irish Farmers' Association.

Speaking to RTÉ's News At One, Mr Coveney said he had no idea of the scale of Mr Smith's salary and that he learned about it in the media.

He said he has deliberately stayed out of the debate this week, saying it was not his role to tell the IFA what it should be doing.

Mr Coveney said the IFA needs to be totally transparent in terms of how money is spent in the Association, adding that it needs to act on recommendations to be made in Con Lucey's report.

The Minister said the IFA has "massive challenges to overcome".

Earlier, the IFA County Chairman for Clare said consideration should be given to a legal challenge over Mr Smith's disputed severance package.

Mr Smith and Eddie Downey, the former president of the organisation, agreed a severance package worth €2m.

This package is apparently made up of a lump sum of €1m plus an annual payment of €100,000 for the next ten years.

Following statements this week from the IFA that the severance deal was not binding, Mr Smith requested that the organisation give the €1m lump sum to charity. 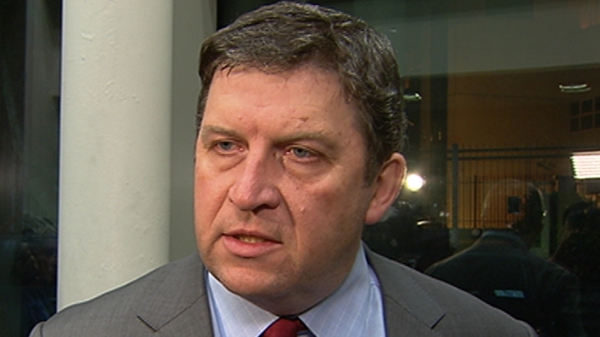