Yesterday's assault came a week after jihadists killed 130 people in attacks in Paris, claimed by the so-called Islamic State, and three weeks after a Russian airliner was downed over Egypt by what Moscow and Western governments say was a bomb, killing all 224 people aboard.

The bloodshed at the Radisson Blu hotel in Mali, a former French colony, evoked the problems French troops and UN peacekeepers face in restoring security and order in a West African state that has battled rebels and militants in its weakly governed region for years.

Jihadist groups Al Mourabitoun and al-Qaeda in the Islamic Maghreb (AQIM) claimed responsibility for the attack, which ended when Malian commandos stormed the building and rescued 170 people, many of them foreigners.

His government increased security at strategic points around the capital Bamako at the start of a declared ten-day state of emergency. 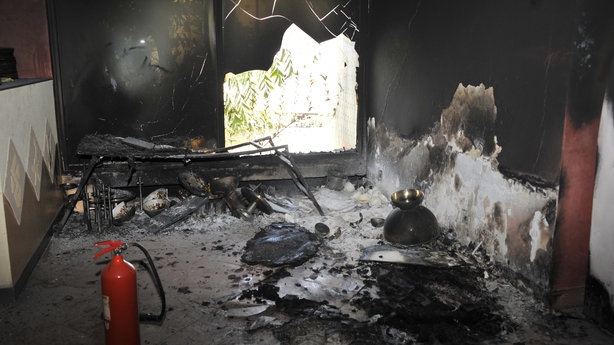 "Mali will not shut down because of this attack. Paris and New York were not shut down and Mali won't be. Terrorism will not win," Mr Keita said during a visit to the hotel today.

Mr Putin sent a telegram of condolences to Mr Keita and said "the widest international cooperation" was needed to confront global terrorism, according to a statement by the Kremlin. 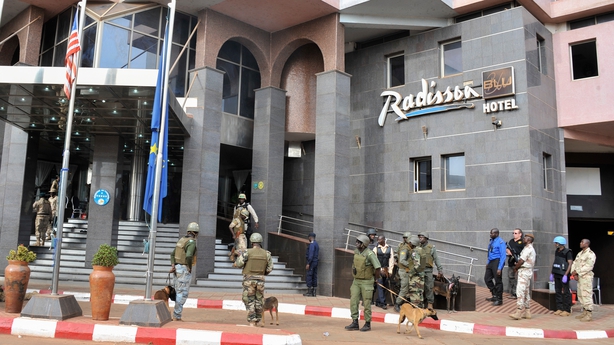 On Tuesday, Mr Putin pledged to hunt down militants responsible for blowing up the airliner, as well as intensifying air strikes against militants in Syria, after the Kremlin concluded a bomb had destroyed the plane.

Mr Putin and French President Francois Hollande also spoke by phone this week and agreed to boost coordination of their military actions in fighting jihadist militants in Syria.

Chinese President Xi Jinping condemned the "cruel and savage" attack in Mali, after three Chinese executives of a state-run railway firm were killed.

"China will strengthen cooperation with the international community, resolutely crack down on violent terrorist operations that devastate innocent lives and safeguard world peace and security," the Beijing Foreign Ministry quoted Mr Xi as saying in a statement.

An Israeli national was also killed, Israeli media said. There was no confirmation from the foreign ministry.

The attack began at 7am yesterday when gunmen killed guards at the entrance of the hotel and barged inside.

Malian commandos subsequently stormed the hotel and rescued around 170 people, many of whom had been hiding under beds or inside rooms.