A deal to salvage Northern Ireland's crisis-hit power-sharing administration has been announced.

The agreement, endorsed by Sinn Féin, the Democratic Unionists and the Irish and British governments, was struck after almost ten weeks of negotiations at Stormont House in Belfast.

A range of disputes, including the fallout from a murder linked to the IRA and an acute budgetary crisis over non-implementation of welfare reforms, had pushed the coalition Executive towards the verge of collapse.

The agreement is called 'A Fresh Start - The Stormont House Agreement and Implementation Plan'.

The key elements addressed include paramilitarism, welfare and finance.

The new deal, which runs to almost 70 pages, has found a way to resolve the budgetary crisis caused by the long-running failure to adopt welfare changes.

A motion which would give Westminster the power to enact the controversial changes to the benefits system will be debated during a specially convened plenary session in the Stormont Assembly tomorrow.

The fallout from the killing of former IRA man Kevin McGuigan was also on the agenda during the ten-week talks process and a new panel is being set up to examine the ongoing problem of paramilitarism.

It is understood the four representatives will be selected by the Stormont Executive and both governments.

However, there has been no agreement over how to deal with the legacy of Northern Ireland's troubled past and the impasse between Sinn Féin and the British government over the disclosure of official documents to proposed truth-recovery bodies remains unresolved.

The document says the agreement will help to give the Executive a sustainable and stable budget, with about £500m of additional financial support from the UK government.

This money will be used to support programmes including the removal of peace walls.

The deal will also "pave the way of the devolution of corporation tax powers, which is expected to lead to a reduction to 12.5% by April 2018".

Measures are included to allow parades to go ahead and to address the issue of flags.

On paramilitary activity, the document "strongly reaffirms support for the rule of law".

It says new measures include: "Fresh obligations on Northern Ireland’s elected representatives to work together on their shared objective of rising society of all forms of paramilitary activity and groups"; and "a concerted and enhanced effort to combat organised and cross-border crime, which the UK government will help to fund".

Taoiseach Enda Kenny said the deal "tackles the toxic legacy of paramilitarism and its links to criminality. The Agreement provides the people of Northern Ireland with a chance to have the burden of thuggery, intimidation and sectarian hatred taken off their backs once and for all.

"A chance for peace to mean more than the absence of violence, 21 years after the ceasefires. A chance for a prosperous and inclusive society to flourish to its full potential.

"It tackles the toxic legacy of paramilitarism and its links to criminality. The Agreement provides the people of Northern Ireland with a chance to have the burden of thuggery, intimidation and sectarian hatred taken off their backs once and for all.

"A chance for peace to mean more than the absence of violence, 21 years after the ceasefires. A chance for a prosperous and inclusive society to flourish to its full potential," the Taoiseach added. 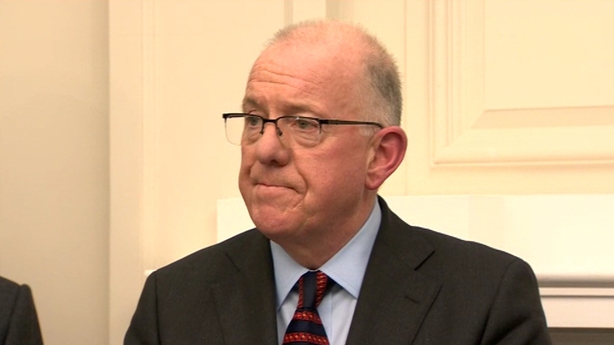 Welcoming the deal, Minister for Foreign Affairs Charlie Flanagan said: "Today marks the second agreement in the space of 12 months. Building on the Stormont House Agreement of last December, today's agreement is another significant step in normalising politics and society in Northern Ireland, consolidating the hard won peace on this island."

In a statement, he continued: "The Agreement is a credible roadmap for the implementation of many aspects of the Stormont House Agreement and tackling the continuing impact of paramilitarism.

"It underpins all our efforts to bring greater reconciliation and economic prosperity to the people of Northern Ireland and communities right across our island." 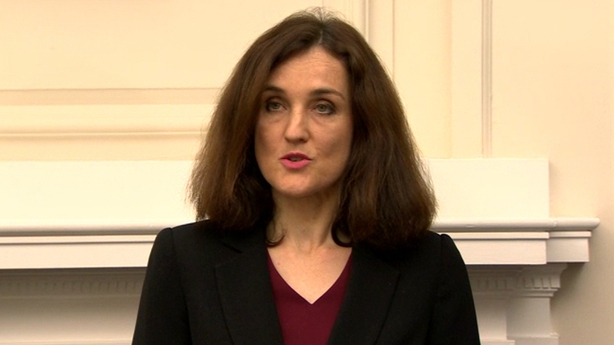 Northern Ireland Secretary Theresa Villiers said: "This deal means that Northern Ireland's finances can be put back on a sustainable footing, ending the long-standing dispute over the budget.

"There will be a fresh emphasis on tackling paramilitarism and organised crime and clear declaration that such activity will never be tolerated.

"And there will be reforms of the Executive and Assembly to make devolution work better.

"Today's agreement is another step towards the Government's goal of building a brighter, more secure future for all the people of Northern Ireland."

Sinn Féin President Gerry Adams has said his party was able to negotiate £500m in new money plus £1bn over four years to help families most in need, as part of the agreement.

But he said the agreement still poses a problem to the Tory government's commitment to austerity, so more campaigning needs to be done on this pledge.

He criticised the British government over what he said was a refusal to disclose its involvement in past armed actions by the British Army.

Speaking outside Leinster House, Mr Adams said he was disappointed the Irish Government did not "face up" to the British government on this issue.

The US Secretary of State John Kerry has welcomed the deal in Northern Ireland, praising the party leaders for their "considerable work and political courage".

In a statement, he said he was now urging the political leaders there to "fully support and implement" it and commending the Irish and British governments for "patiently and steadfastly" facilitating the outcome.

“I commend the UK and Irish governments for patiently and steadfastly facilitating this successful outcome," Mr Kerry said.

"I also urge all of Northern Ireland's political leaders to support and fully implement this agreement.

"It was carefully constructed to deliver better and sustainable governance, as well as to advance Northern Ireland's peace process for the benefit of all the people of the region.

"The United States will provide continued political support for Northern Ireland's peace process and for implementation of this accord," he added.