Rents rose nationwide by an average of 3.2% in the third quarter of 2015, the largest three-month increase since early 2007, according to the latest quarterly Rental Report by Daft.ie.

It is the largest three-month jump since 2007 and comes ahead of rent controls and there was a year-on-year hike of 9.3 %.

Compared with the same period last year, Meath, Cork City and Louth has seen rises of between 13 and 14 per cent.

According to the report, the national average rent between July and September was €964, compared to €882 a year previously.

The largest rent hikes are in the cities outside Dublin, with rents 13.5% higher than a year ago in Cork city and just over 12% higher in Galway city.

Residential rents rose faster here last summer than at any time during the recession.

The property website, Daft.ie, said the steepest increases were in the commuter-belt around Dublin and in Cork, Limerick and Galway cities. A homeless charity has warned that knock-on rises in homelessness could overwhelm voluntary services.

Supply on the market is at its tightest on record, with just over 4,000 properties available to rent nationwide.

Since 2013 there has been a shortage of available properties in Dublin, but other parts of the country are now seeing significant falls with 40% fewer homes to rent in Munster at the start of this month when compared to last year.

The Peter McVerry Trust, which launched its 2014 annual report today, is warning that a spike in rents could push more people out of their accommodation and into homeless services.

The homeless charity's report shows, for the seventh year in succession, the numbers of people accessing its services increased by nearly a quarter in 2014 compared to the previous year.

The CEO of the Peter McVerry Trust has said that he hopes the Government will introduce legislation for rent certainty as a matter of urgency.

He said rents have been increasing at a rapid rate and the only way to beat homelessness is to keep people in their own homes.

Speaking on RTÉ's Morning Ireland, CEO Pat Doyle said: "The best way to bring down the figures in homelessness is to prevent it.

The trust will open its first set of family suites this month which will take up to 30 adults and 25 children out of hotel accommodation for Christmas.

"Rent is at its highest ever, so is homelessness," Ruth Coppinger TD says. AAA to raise issue in Dáil motion tonight pic.twitter.com/RJAJa0weDu 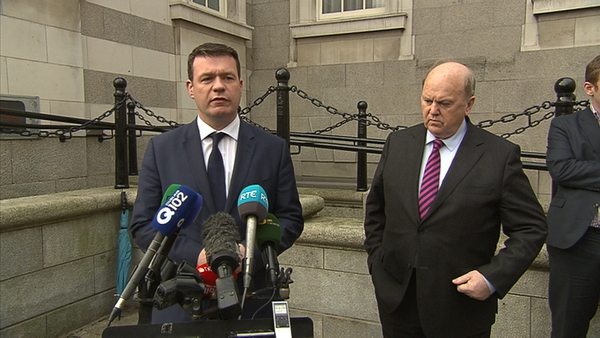