Tánaiste and Labour leader Joan Burton has congratulated Máiría Cahill on her election to the Seanad in a by-election today.

"In the past she has shown immense courage and bravery to speak out about her own abuse and to continue to campaign for justice," Ms Burton said.

"She now has the opportunity to use her period in the Seanad to continue this work, and also to draw on her background in youth employment, activism, and community enterprise to effect positive change in the lives of jobseekers.

"Today is a good day for our parliament and for our party," she added.

Ms Cahill, a Labour candidate, won 122 of the 188 valid votes cast. Only TDs and Senators were eligible to vote in the election.

The quota was 95 votes. 11 politicians did not cast their postal votes correctly.

The Seanad by-election was held to fill the seat left vacant after the resignation of Labour's Jimmy Harte.

Commenting on her victory, Ms Cahill said: "I am extremely proud to have been elected to Seanad Éireann in this by-election.

Our newest member of our parliamentary party Senator @mairiac31 is now officially a member of the Oireachtas #Seanad pic.twitter.com/ocfhTTBwXP

"I am also extremely conscious of remembering Jimmy Harte on this day. Two years ago Jimmy suffered a terrible accident that ultimately led to his resignation from the Seanad.

"His family have been through a very difficult period. They have supported me consistently, and if I can be half as popular a Senator as Jimmy I will be happy."

Ms Cahill yesterday broke her silence over her previous membership of a dissident republican political group, the Republican Network for Unity, saying she had joined the organisation at a troubled time in her life, but that she now fully supported the peace process.

Today, Ms Cahill said she believes she has explained her past links with the dissident republican group, RNU.

The Senator asked that she now be judged on her record in the Upper House of the Oireachtas.

She also ruled out running for the Dáil in the General Election next Spring.

Ms Cahill said she will raise issues like sexual abuse and domestic violence from the floor of the Seanad, starting next week.

Speaking after Ms Cahill's victory, Mr Beades said there remains unanswered questions that she must deal with.

However, in a statement she added that the by-election "has reinforced the need for Seanad reform". 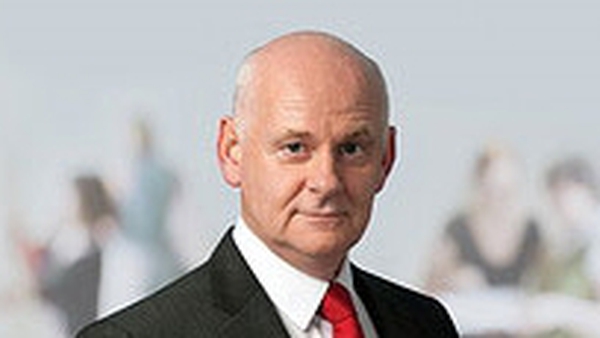 Resignation adds to pressure on Government in Seanad