Minister for Justice Frances Fitzgerald has said she will bring the new International Protection bill to Cabinet tomorrow.

Ms Fitzgerald described the long-awaited bill as a "much more effective system" which will allow the authorities to carry out assessments of asylum seekers in a much shorter time frame.

Speaking on the margins of an EU justice ministers’ meeting in Brussels on the refugee crisis, Ms Fitzgerald said the legislation would be introduced to the Dáil in the next few weeks.

She said the Government was concerned about the large number of Pakistani and Bangladeshi asylum seekers who have arrived in Ireland this year and who appear to have originated in the UK.

She said the Government was in touch with the British authorities over the issue.

"What's very striking is the make up of those numbers where people are coming from. We have a very large percentage of [Pakistanis and Bangladeshis], over 50%.

"We are concerned about that, we're examining it.

"It's very important that the integrity of the asylum process is upheld.  We're in discussions with the UK authorities in relation to those figures.

"Everybody is of course entitled to a full assessment, but there is a very particular profile in relation to that group which is coming in, of young men coming in on their own, many of whom would appear to have a previous history of getting visas in the United Kingdom."

Meanwhile, the European Union is considering setting up facilities in non-EU Balkan states to screen asylum claims by some of the tens of thousands of refugees heading north from Greece.

After EU interior ministers reviewed efforts to handle arrivals in Greece and Italy by sea, Luxembourg Foreign Minister Jean Asselborn, who chaired the meeting in Brussels, said he had asked them to look into ways to register and review requests for protection from the large numbers who leave Greece undocumented, many of them heading for Germany. 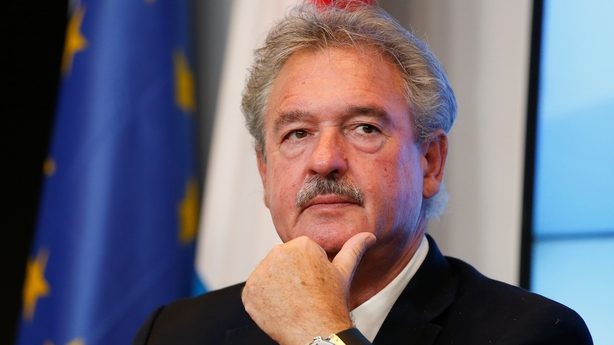 If people continue to trek north from Greece that would imply at least partial failure of EU plans to help Athens handle arrivals in line with an EU rule that asylum requests should be handled where migrants first cross the 28-nation bloc's border.

But EU officials said the proposal for Balkan "processing centres" was motivated by concern that, with Germany, Sweden and other rich countries warning that they were reaching their capacity to take people in.

They also said that with winter setting in, migrants might be left in limbo in poor, Balkan states outside the EU.

Those centres, possibly staffed by EU personnel, could conduct the registrations and identification that should have been carried out in Greece - including fingerprinting - as well an initial screening to determine whether people were likely to qualify for asylum or should be deported from Europe.

Mr Asselborn noted that the numbers of migrants arriving on Greek islands, averaging more than 5,000 a day, was more than Athens could cope with, prompting the proposal for facilities along the transit route from Greece through the Balkans.

"The concept must be explored further," he told reporters.

European Migration Commissioner Dimitris Avramopoulos stressed there was no plan to set up "detention centres" and said the idea was to provide support for people travelling through the Balkans, including Syrian refugees and Asians looking for work in Europe.

Last month, EU leaders agreed with Balkan countries, including Serbia and Macedonia, to ensure accommodation for 50,000 people in transit between Greece and the rest of the bloc.

EU officials has said that there could be overlap between those places of shelter and asylum processing centres.

Much of the discussion among ministers was on the progress being made by Italy and Greece on setting up "hotspot" processing centres to identify new arrivals in order that they could then be relocated to other EU countries taking part in a scheme to relieve the frontier states.

Northern states - including Germany, which has taken in the bulk of some million people expected to arrive this year – have voiced frustration with slow progress in Italy and Greece, from where many migrants have simply trekked northward undocumented.

The EU has given Rome and Athens until the end of the month to get the main centres fully operational.

Both have complained that other countries have been slow to offer places to take people in. EU officials have also begun to warn that asylum seekers should not insist on only going to places they choose.

Of a plan to relocate up to 160,000 people, only 147 have been flown to other countries since the system started a few weeks ago.

Officials have said that the reluctance of asylum seekers to go to countries other than Germany and Sweden has contributed to the slow start to the process.

The Greek coastguard has said it had discovered over 300 refugees hidden in a yacht that ran aground near the island of Lesbos.

"The coastguard found and rescued 345 refugees," the agency said, adding that the yacht was discovered on Tsonia beach in the northeast of the island.

It added that none of the refugees, whose nationalities were not disclosed, required immediate hospitalisation.

Greek media reported that each of the migrants had paid traffickers around €3,000 for transportation to Lesbos. 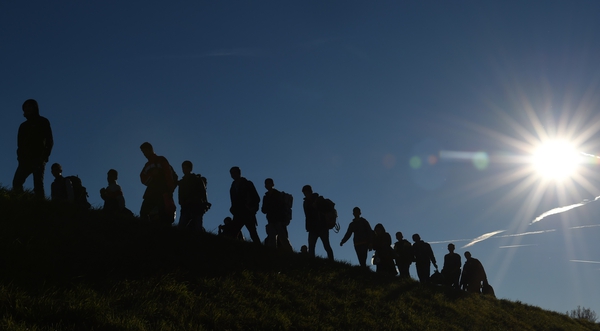