The Government is considering emergency legislation to deal with legal issues that have prevented the Commission of Inquiry investigating asset "write-offs" as part of its probe into the activities of the IBRC.

The Taoiseach has asked the Attorney General to urgently examine the legal options open to the Government and earlier today Transport Minister Paschal Donohoe confirmed legislation was one of the options under consideration.

Judge Brian Cregan, heading the Inquiry, wrote to the Taoiseach last Friday stating he could not investigate any transactions involving "write-offs" because issues had arisen around confidentiality and legal privilege.

Sources say the difficulties centre on the view of the Commission that it is not legally able to decide whether confidential documents in the possession of IBRC liquidators KPMG should be distributed to other parties involved in the inquiry.

The inquiry is looking at 37 deals by Anglo Irish Bank, now Irish Bank Resolution Corporation, including the sale of Siteserv to a company owned by Denis O'Brien.

The inquiry is reportedly on the verge of collapse following an interim report by Judge Brian Cregan.

A report in today's Sunday Business Post says the judge has told the Government he has been given insufficient powers to produce a report of any substance.

In a statement this evening, Siteserv said the Commission has made no contact with the company or its shareholders.

The statement added that "fFrom the outset, the company had expressed its willingness to cooperate fully with the Commission."

Taoiseach Enda Kenny has said he has written to the Attorney General in relation to concerns raised by the judge and has sought her advice on the options open to the Government.

He said the Government wants the matter dealt with in a fully accountable and transparent way.

Mr Kenny said "the Commission was set up to be independent and the Government still believes it ought to remain independent. That is why I have sought the advice of the Attorney General.

"A change in law may be required to resolve this situation. Judge Brian Cregan does not have adequate powers according to himself.

"This is an independent decision he made himself. I will have to wait for the advice of the Attorney General regarding what ought to be done to resolve the situation."

Mr Kenny has sought advice on the implications of the Commission not being in a position to proceed and the legal options open to it to ensure it can complete the investigation effectively.

Speaking on RTÉ's This Week programme, Social Democrat TD Catherine Murphy, whose questions about the IBRC led to the Commission being set up, said the Department of the Taoiseach has to provide clarity about the advice it got from the Attorney General when the investigation was being established.

Sinn Féin Finance spokesperson Pearse Doherty has said the Government has questions to answers on the IBRC Commission of Investigation and his party would be raising the issue in the Dáil next week.

Speaking on The Week In Politics, Sinn Féin TD Peadar Tóibín said the Government was "kicking to touch" the report on the Commission of Inquiry.

On the same programme, Independent TD Mattie McGrath said he would question the advice given by the Attorney General in relation to the work of the Commission of Inquiry. 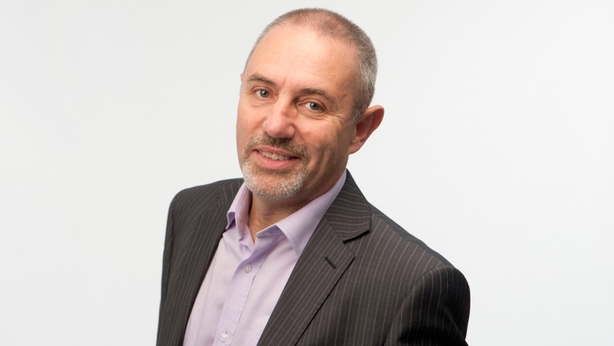 The Commission was set up last summer following political uproar over the sale of Siteserv to a Denis O'Brien company and loans to the businessman, but its scope was extended to some 40 transactions involving other business people and entities.

The Taoiseach has asked the Attorney General to urgently examine the legal options open to the Government. It is likely to result in emergency legislation to give the Judge more powers to investigate those transactions involving "write-offs" on the value of assets.

Opposition parties and the Independent TD Catherine Murphy, whose Dáil questions ultimately resulted in the Commission being established, are demanding a detailed statement from the Taoiseach on the legal difficulties.

This was one issue the Government thought it had disposed of but it is now heading into another full blown political row.