A guitar beloved by John Lennon for writing Beatles hits such as "She loves you" and "All my loving" sold for a record $2.41 million yesterday, according to a US auction house.

The 1962 J-160E Gibson Acoustic guitar was bought by the famous Beatle in Liverpool in September 1962 for £161, Julien's Auctions said.

"John so loved this particular guitar that he would take it home and wrote songs on it with Paul McCartney," the auction house said in a release announcing the sale.

Julien's Auctions said the guitar went missing during the Beatles' December 1963 Finsbury Park Christmas Show in London and was lost for over 50 years. 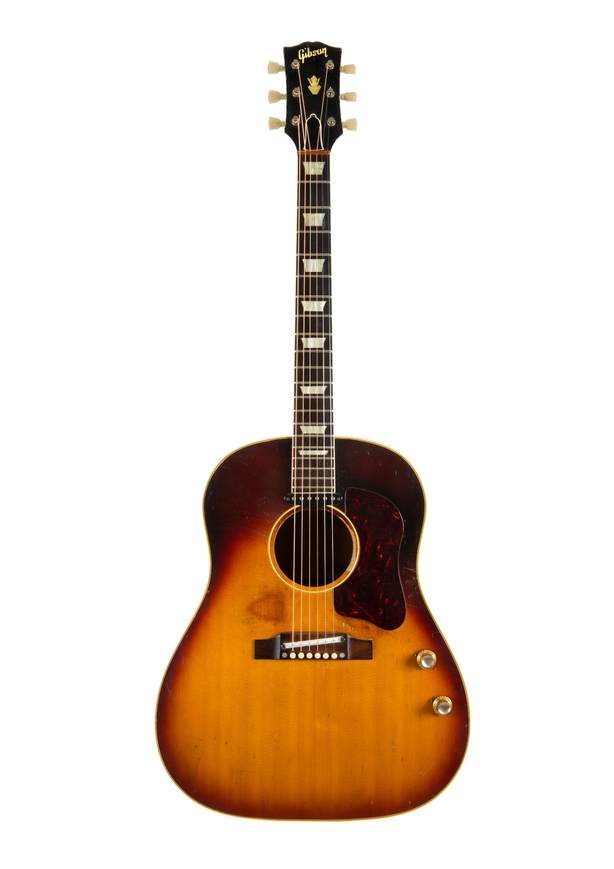 The auction house, which said the sale shattered all records for rock memorabilia, did not provide any details on how or where the guitar resurfaced.

Other items included Elvis Presley's 24-carat Gold Leaf Piano that was snapped up for $600,000.

Elvis bought the piano for his mother in 1955 and it was later kept in the music room at the singer's famous Graceland home.

For their first wedding anniversary, Priscilla, Elvis's former wife, had the piano adorned with 24-carat gold finish, according to Julien's.