Taoiseach Enda Kenny has said he expects political negotiations in Northern Ireland will be successfully concluded in the next few days.

Mr Kenny made his comments in Enniskillen where he was attending the annual Remembrance Day commemoration.

For two months political negotiations have been taking place among the five main parties at Stormont and the British and Irish Governments.

The Taoiseach predicted this morning that a deal will be concluded this week.

Mr Kenny is to review the talks and other issues with British Prime Minister David Cameron in London tomorrow.

If there is to be an agreement, much of it will be shaped by the two main parties at Stormont, the DUP and Sinn Féin.

The DUP's Arlene Foster, Finance Minister in the power-sharing executive, said she hopes an agreement will be concluded this week.

She said recent criminal activity in the border area has brought home why this problem is one the matters that must be addressed in any meaningful agreement.

Thursday is seen as one of the possible target days for concluding the deal-making.

He described the ceremony as an important opportunity to reflect on the thousands of men and women from across the island involved in World War I.

Around 600 people attended the annual service of remembrance at Saint Patrick's Cathedral in Dublin.

President Michael D Higgins laid a laurel wreath at the war memorial, alongside a poppy wreath laid by the President of The Royal British Legion in the Republic of Ireland, Major General David O'Morchoe.

The President of the GAA, Aogán Ó Fearghail, was also present for the first time. 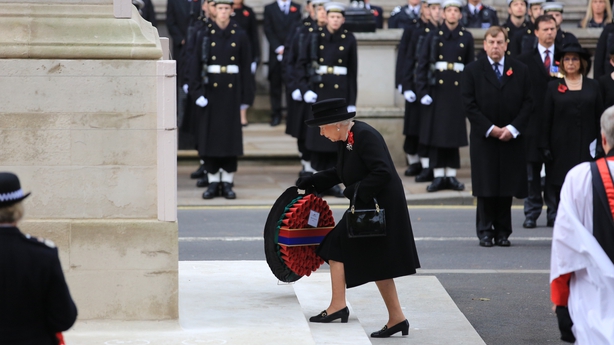 She was accompanied by the Duke of Edinburgh, other senior royals and members of the leading political parties at the Cenotaph in central London.