Rail services operated as normal this morning after threatened industrial action by drivers was called off in the early hours with unions and management at Iarnród Éireann agreeing to have outstanding differences referred to the Labour Court.

The decision was made after more than 17 hours of talks and just two hours before strike action was due to begin.

Despite the late notice drivers received they still had to turn up to work this morning.

All mainline, commuter and DART services are fully operational, but delays are expected.

Iarnród Éireann apologised to customers for the inconvenience caused to travel plans by the threat of industrial action.

The company estimates that it lost in excess of €100,000 in lost ticket sales as a result of the late cancellation of the threatened strike.

SIPTU and the National Bus and Rail Union said they were angry and frustrated at how the talks had been conducted and that an agreement had not been reached.

The unions said they made the "difficult decision" to suspend industrial action at the request of the Workplace Relations Commission.

Most passengers had made alternative travel plans and were not prepared for rail services to be running this morning.

What's the point of announcing the cancellation of a transport strike at 7am when people would have been travelling at 6? #irishrail #strike

Pearse Station is empty too. A handful of people got off the train. #railstrike pic.twitter.com/D6IMg37sCR

The NBRU said it decided to take its case to the Labour Court due to what it described as unwillingness from the company to address their agenda.

Speaking on RTÉ's Morning Ireland, NBRU General Secretary Dermot O'Leary said the unions' agenda was not treated with the same levity as the company's agenda during negotiations at the Workplace Relations Commission.

Mr O'Leary said Iarnród Éireann's offer of a pay rise was not in fact a pay rise, as it came with increased productivity measures.

"We didn't see the willingness that was publicly displayed by the company, that was publicly committed to by, I should say the minister, who said both publicly and in correspondence to me that the issues should be explored fully.

"Unfortunately the issues that we brought to the table, they were not given the treatment or the same levity, or the same approach as the company's agenda was. And we took the decision, albeit, very late in the day, the issues that we wanted to address were our issues, we took back ownership of those issues and we put them into the Labour Court," Mr O'Leary said.

Meanwhile, Iarnród Éireann has defended its proposals to drivers tabled during negotiations at the Workplace Relations.

Communications Manager Barry Kenny said the company was the only party to table a concrete proposal that would improve driver earnings.

Mr Kenny added that had the unions accepted their suggestion, before the first strike, to go the Labour Court, passenger disruption could have been avoided.

Mr Kenny said: "Now this is going to be resolved in the Labour Court, unfortunately belatedly, because before the first disruption occurred, when those talks were breaking up, the night before the stoppage of the 23rd of October, we actually formally said to the trade unions, let's refer these issues to the Labour Court and that opportunity wasn't taken up then. So all disruption and all threats to service and all service uncertainty could have been avoided."

Minister for Transport Paschal Donohoe welcomed the calling off of the proposed strike and commended the WRC for its attempts to find a resolution to the dispute with the parties.

"The fact that the threatened strike action at Irish Rail was called off in the early hours of the morning, at nearly 4am, will come as a welcome relief to many commuters, although this may have come too late for many of those planning to use the trains this morning," said Mr Donohoe.

"Clearly there were determined efforts by all involved to seek a resolution to the dispute, which unfortunately was not possible. I welcome the fact that matters will now be discussed further at the Labour Court," he added. 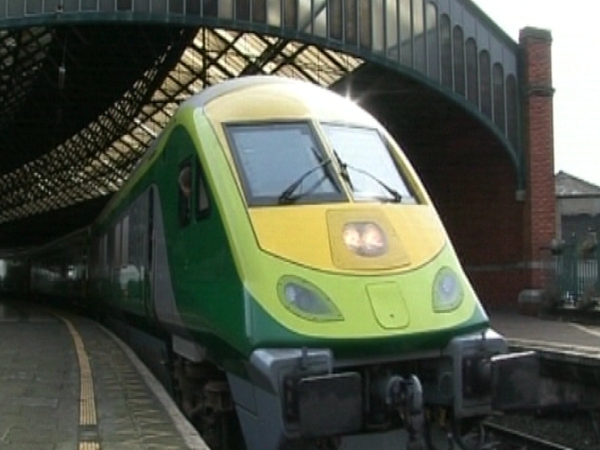