A Palestinian was shot dead after attacking police at an Israeli checkpoint while another assailant was killed after carrying out a knife attack at a tram station.

Two Palestinians used a motorcycle to reach an Israeli paramilitary police checkpoint outside Nablus today, and rushed at the troopers with knives drawn, an Israeli police spokeswoman said.

They wounded one policeman before being shot by a policewoman at the scene, the spokeswoman said.

One of the Palestinians was killed and the other was critically wounded. Palestinian ambulances took the wounded man to hospital.

In the second incident, police shot dead a Palestinian after he carried out a knife attack at a tram station near Jerusalem's Old City, medical officials and police said.

They said two people, believed to be Israelis, were wounded in the incident. One was stabbed and another was hit by gunfire directed at the assailant.

There were also violent confrontations on the outskirts of the West Bank city of Ramallah and in the Gaza Strip, where Palestinians massed at the border and lobbed rocks at Israeli forces on the other side.

Around 40 demonstrators were wounded by Israeli fire, at least one critically, medics said.

This month's wave of violence, the worst since the 2014 Gaza war, has in part been spurred by religious and political tensions over a Jerusalem site sacred to both Muslims and Jews.

Increased visitor numbers by religious Jews to Jerusalem's al-Aqsa mosque plaza have spurred Palestinian allegations that Israel is violating a "status quo" by which Jewish prayer there is banned.

Meanwhile, a 13-year-old Palestinian boy has been charged with attempted murder over the stabbing and serious injury of two Israeli schoolboys in east Jerusalem.

Ahmed Mansara and his 15-year-old cousin Hasan took part in the incident on 12 October. Hasan was shot dead after the attack.

The pair allegedly accosted a 12-year-old who was on his bicycle, stabbing him four times, before running away.

Ahmed was hit by a car as they fled, while Hassan was shot dead by Israeli security forces when he allegedly threatened them with a knife.

Since the latest unrest began on 1 October, at least 63 Palestinians have been shot dead by Israelis.

Of those, 36 were assailants armed mainly with knives, Israel said, while others were shot during violent anti-Israel protests.

11 Israelis have been killed in stabbings and shootings. 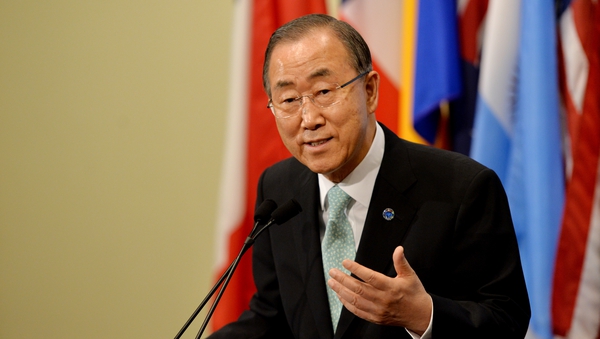 Palestinians and Israel are at 'dangerous abyss', says Ban Ki-moon