Rescuers are underway to deliver relief aid to victims of a massive earthquake that hit northern Afghanistan and Pakistan, killing at least 300 people over a wide swathe of mostly mountainous terrain.

Authorities reported 241 deaths in Pakistan while in Afghanistan, officials have confirmed the death toll had climbed to around 115.

The Afghan death toll includes 12 schoolgirls trampled to death in a stampede as they fled their classrooms in the Takhar province when the quake hit. Reports suggest that as many as 2,000 people have been injured.

Roads and communications were cut off to many areas at the epicentre of the earthquake and authorities and international relief organizations were still trying to assess the extent of the damage.

Thousands spent the night outdoors in near-freezing temperatures reluctant to go back inside for fear of aftershocks, Pakistani media reported.

"Rescue work is ongoing, and tents, blankets and sleeping mats are being provided," Latif ur Rehman, a Pakistani disaster management official, told Reuters from the northwestern city of Peshawar.

Landslides in mountainous northern Pakistan over the weekend caused by heavy rain and snow had already left thousands stranded.

The earthquake struck almost exactly six months after Nepal suffered its worst quake on record on 25 April. Including the toll from a major aftershock in May, 9,000 people lost their lives there and 900,000 homes were damaged or destroyed.

In Afghanistan, where rescue and relief work is likely to be complicated by security threats created by an escalating Taliban insurgency, more than 50 people were reported dead in several provinces including Badakhshan, where hundreds were killed in mudslides last year. The Taliban has urged charities not to hold back in delivering aid to Afghan victims of a devastating earthquake, saying militants in the affected areas were ordered to provide "complete help".

Rescuers are battling to access some of the worst-affected areas across multiple provinces that are effectively under militant control, a huge challenge to any official aid efforts.

But the Taliban today promised to pave access for aid organisations.

"The Islamic Emirate (Taliban) calls on... charitable organisations to not hold back in providing shelter, food and medical supplies to the victims of this earthquake," the group said on its website.

"It similarly orders its Mujahideen in the affected areas to lend their complete help to the victims and facilitate those giving charity to the needy."

Afghan disaster management officials have said areas around the quake's epicentre in the remote province of Badakhshan as well as neighbouring provinces such as Takhar and Kunar have suffered huge devastation. 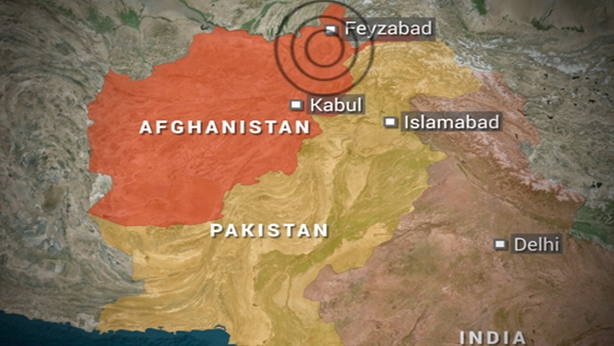 Afghanistan's chief executive Abdullah Abdullah said an initial assessment shows around 4,000 houses have been damaged by the powerful quake.

"Some 76 people including women and children were killed and 268 others were injured in the quake," he said, warning that the toll was expected to rise.

The quake was centred near Jurm in northeast Afghanistan, 250 km from the capital Kabul and at a depth of 213.5km, the US Geological Survey said.

The tremor, which lasted at least one minute, shook buildings in Afghanistan, Pakistan and India, sending thousands of frightened people rushing into the streets.

228 people were confirmed dead in Pakistan

The initial magnitude 7.5 quake on yesterday afternoon was followed by seven aftershocks, measuring as high as magnitude 4.8, according to the US Geological Survey.

The United States and Iran were among countries that offered to provide humanitarian assistance to Afghanistan, which already depends heavily on foreign aid after decades of war that have wrecked its economy and infrastructure.

Dr John Ebel, chairman of the Department of Earth and Environmental Sciences at Boston College in the US, said the depth of the earthquake had limited its severity and meant damage was likely to be spread broadly rather than focused in one disaster zone.

He added that landslides on the unstable slopes of the mountainous region could pose a major problem.

"Obviously if a landslide comes into a village, it will take out buildings, but landslides can also take out roads and communications and power systems, so you lose the ability to access remote areas," he said.

Pakistani Prime Minister Nawaz Sharif, in London en route from an official visit to the US, said he would personally oversee the rescue efforts.

"We will try our best to deal with this disaster using our own resources," he said. 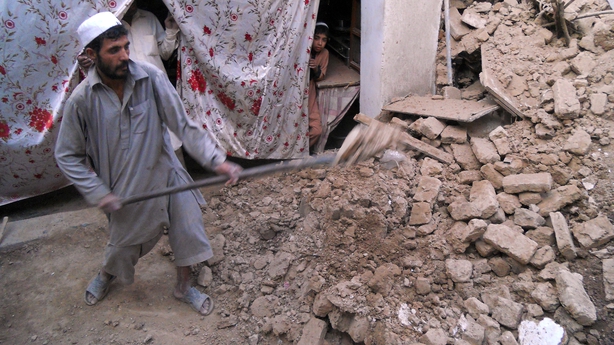