The British and Canadian ambassadors have taken part in a ceremony to unveil a headstone in memory of Edward Murphy, who was shot dead during the 1916 Rising.

Mr Murphy, who had previously served in the Canadian Army, was making his way home from working as a waiter at Fairy House races in Dublin, but he never made it.

He was killed after tipping his hat to somebody that he knew while walking on St Stephen's Green. It is not known who fired the shot.

He was one of over 260 civilians killed during the Rising.

Edward Murphy was buried at Glasnevin cemetery, where family members today gathered for the unveiling of a statue in his memory. 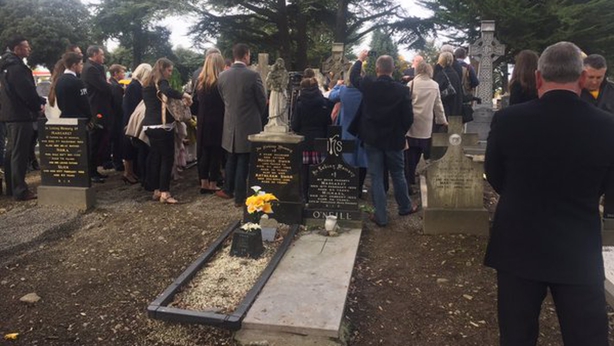 As the centenary of the rising approaches events will be taking place nationwide in memory of those who died.