Tributes have been paid to the 10 people who lost their lives in a fire in Carrickmines in Co Dublin yesterday.

Taoiseach Enda Kenny said that flags will fly at half-mast on the days of the funerals of the victims.

Mr Kenny visited the scene of the tragedy this afternoon and again offered his sympathy to the families of those who died.

The victims of the fire have not been named officially by gardaí, but have been identified locally and on social media.

Their relatives say their are in deep shock over their loss. Speaking to RTÉ news one relative said "it is horrendous, it is devastating to lose so many members in one night." 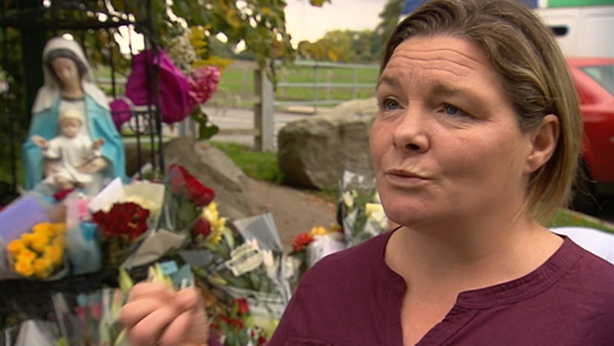 As a mark of respect for the victims of the fire and those who lost their lives in a bomb attack in Ankara yesterday, a minute of silence was observed before the Euro 2016 soccer qualifying match in Warsaw this evening.

Flowers and messages of sympathy continue to be left near the halting site. Books of condolence have been opened near the Carrickmines area; the books are located at Leopardstown Shopping Centre, Centra Stepaside, The Market in Belarmine, and at customer services in Dundrum Town Centre. 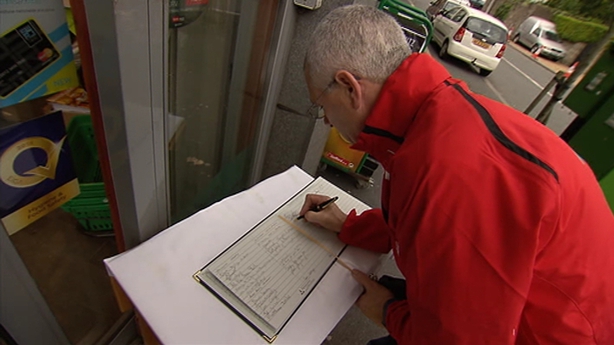 Prayers were said at Masses today for the victims and their relatives. 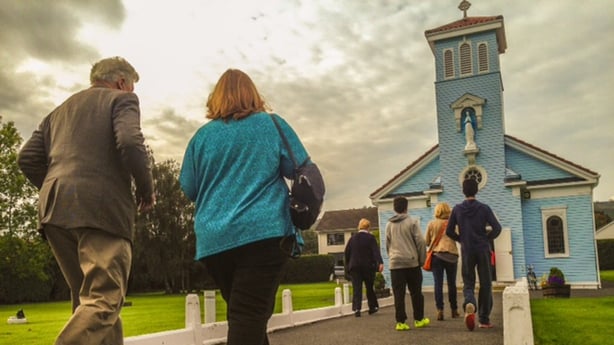 The 10 victims of a fire in Carrickmines, Dublin have been named as people continue to pay their respects https://t.co/dyuXrUQUny

Two adults and a child remain in hospital following the blaze which broke out in the early hours of yesterday morning.

Gardaí investigating are not treating the fire as suspicious.

The Southside Travellers Action Group centre in Sandyford was open again today to provide support for those affected by the tragedy. 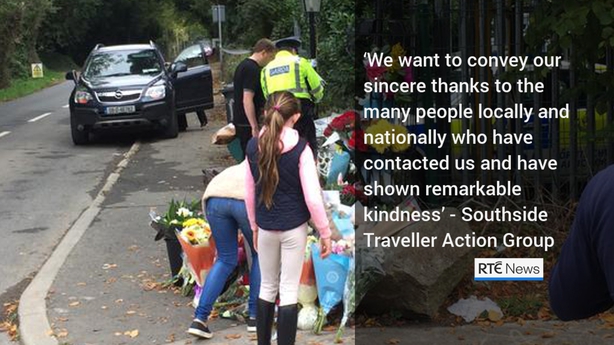 A spokesperson for the group said it wanted to provide a focal point for people, and a base for those who were travelling from different parts of the country.

'One of the most appalling fire-related tragedies in living memory'

President Michael D Higgins said he was shocked and saddened to learn of the deaths, calling it "a most dreadful tragedy".

Taoiseach Enda Kenny said the loss of life was an "unspeakable tragedy", and said that his thoughts were with the bereaved.

He said there would be a full technical examination to ascertain the exact cause of the blaze and to identify how the fire spread.

But he said this would do nothing to ease the pain for relatives of the dead in coming to terms with what was a "tragic, horrible incident".

Dún Laoghaire-Rathdown County Council has been organising accommodation for the 14 people left homeless by the fire.

The halting site on Glenamuck Road South accommodated up to half a dozen caravans and one or two permanent residential structures.

Minister of the Environment, Community & Local Government Alan Kelly issued a statement on behalf of the Government and said he learned of the tragedy with shock and the deepest regret.

"On behalf of the Government I want to extend our prayers and deepest sympathy to the families of the deceased and their extended community," he said.

Mr Kelly also called it one of the "most appalling fire related tragedies in recent memory".

In a statement he said: "The focus of emergency services activity is switched now to Tallaght hospital where additional facilities have been established to enable the State Pathologist to conduct post-mortem examinations over the coming days.

"I want to acknowledge that additional pastoral care facilities are being provided to support the relatives of the deceased.

"The Travelling communities own representative groups have been liaising with the local services to assist in any way they can.

"The Civil Defence service is assisting the co-ordinated effort to deal with the aftermath of this terrible situation.

"At national level, my own Department's co-ordination arrangements have been activated to liaise with and support the local response.

"As Minister with responsibility for Community, my Department will be supporting the Traveller Community, in whatever way it can, over the coming very difficult days."

Archbishop of Dublin Diarmuid Martin expressed his sympathy to the Traveller families devastated by the fire.

He asked that the victims and their families be remembered in prayer at all Masses in the Archdiocese this weekend. 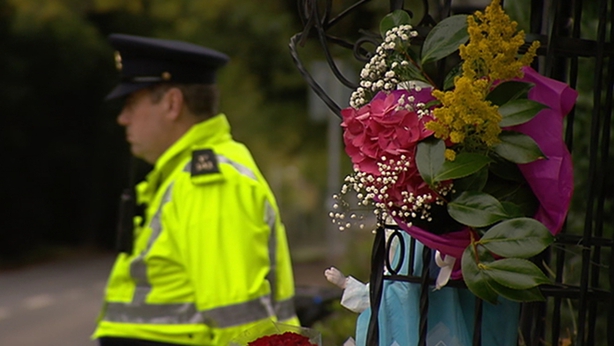 Fr Derek Farrell, Parish Priest of the Parish of the Traveling people in Dublin, was yesterday with the bereaved families.

Gardaí have appealed to people who might have any information and who were in the area around 4am yesterday morning to come forward.