Books of condolence will be opened tomorrow in the community around Carrickmines in Dublin, for ten people who died after a fire at a halting site.

The books will be located at Leopardstown Shopping Centre, Centra Stepaside, The Market in Belarmine, and at customer services in Dundrum Town Centre.

The victims of the fire include a mother, father, and five children - one of which was a six-month-old baby girl.

Emergency services were called to a halting site on Glenamuck Road at around 4am today.

It is understood that most if not all the victims, who were members of the travelling community, were from two families.

They said a number of children were brought to safety, but their conditions are not yet known.

Two adults injured in the fire are being treated in hospital. 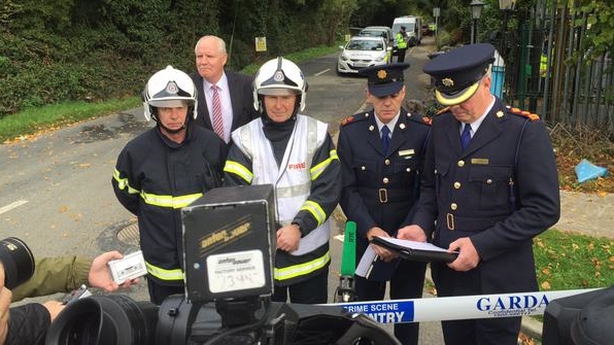 It said that six units and three ambulances were at the scene.

One ambulance has now left the scene with a Garda escort #rtenews pic.twitter.com/NcD1lzUfox

Pavee Point Traveller and Roma Centre extended its sympathies to the family members and the extended families of those who died as a result of the fire.

Co Director of Pavee Point Ronnie Fay said there is a need for the families to be supported.

He said: “Local Traveller organisations have been working vigilantly since early morning to support the families involved as have a range of public services.

“We wish to commend in particular the fire service members who put their lives on the line in trying to rescue people from the blaze,” Mr Fay added.

The group added: “It would be particularly tragic if it was to emerge that overcrowding may have been a factor in the spread of the fire this morning.

“We call on the government to re-invest in Travellers and ameliorate the savage cuts that were imposed during Austerity.”

The Garda Technical Bureau has commenced an investigation at the scene.

A member of the Dublin Fire Service said that it seemed the fire broke out in a prefab in the halting site, which quickly spread to surrounding units. 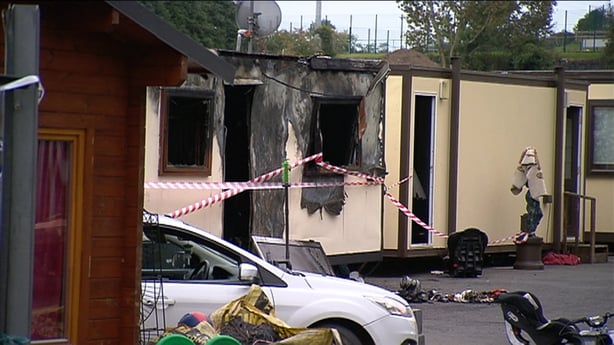 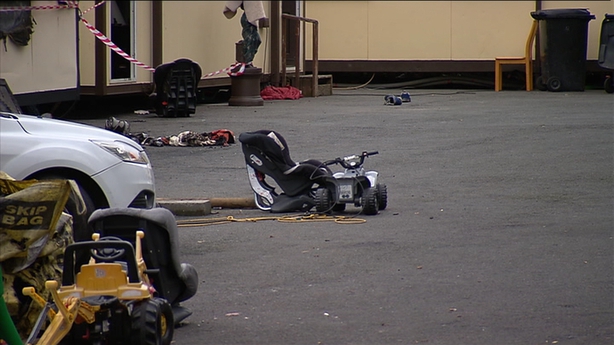 He said that a young child was rescued from one of the units.

It is understood they suffered burns and the effects of smoke inhalation but their condition was not known.

Gardaí said a member of the public contacted emergency services about the blaze this morning.

The Assistant State Pathologist and a Garda Technical Bureau attended the scene.

The Glenamuck Road near the scene of the fire in Carrickmines was closed for most of the day, but has now reopened.

Gardaí are appealing to people who might have any information who were in the area around 4am to come forward.

A garda spokesperson said that garda liaison officers have been appointed to assist families affected.

He also offered their condolences to the families who were affected by what they described as a "terrible tragedy".

Dun Laoghaire-Rathdown County Council confirmed it will accommodate 14 people from the Glenamuck Road Halting site for at least the next few days.

The council has not said where they will be accommodated.

The halting site at Glenamuck Road South in Carrickmines accommodates up to half a dozen caravans and one or two permanent residential structures.

The halting site is beside the Wayside Celtic Football Club and is located just off the M50, close to Carrickmines Golf Club.

The Southside Traveller Action Group extended its sympathies to the relatives of the families killed in the fire.

It said the two families had lived on the halting site for about eight years. 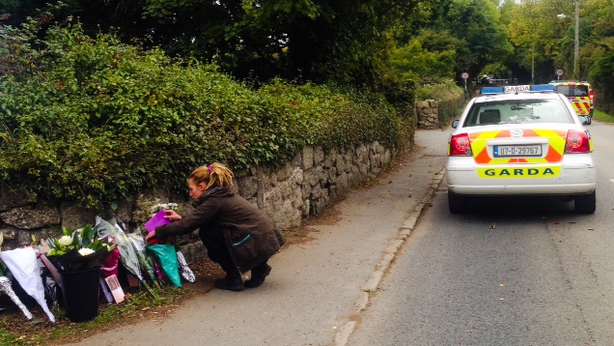 In a statement the group said it is supporting the families and the traveller community in the area and that accommodation for people left homeless by the fire is being arranged by Dun Laoghaire Rathdown Co Council.

It appealed to media to respect the privacy of the families of those who died.

The group added that it understands information related to the names of the deceased will not be released today.

It is understood extended family members of the deceased met gardaí this afternoon.