The Defence Forces chief of staff has welcomed the Government’s commitment to increase the number of military personnel serving overseas.

Vice Admiral Mark Mellet was speaking in Galway at the Permanent Defence Force Other Ranks Representative Association (PDFORRA) annual conference which has called for new accommodation to be built at the naval base in Cork to end the practice of sailors sleeping on ships in port.

The chief of staff rejected the association's claim that these arrangements were substandard and said he did not believe new accommodation was necessary.

He said because of the high standard of accommodation on the navy's new ships, new buildings on land were not necessary.

PDFORRA has also called for the national flag on the coffin at military funerals to be handed over to the next of kin.

It is not custom for the flag to be given over but the chief of staff agreed it is appropriate, if the family requests it, and he will examine the regulations.

It was also announced at the conference that the Government is to increase the deployment of military personnel abroad.

There are currently 500 serving abroad while another 180 personnel are to be sent to the Lebanon with a further 175 to be deployed to the Battlegroup Concept, an EU standby group to be dispatched to trouble spots at short notice. 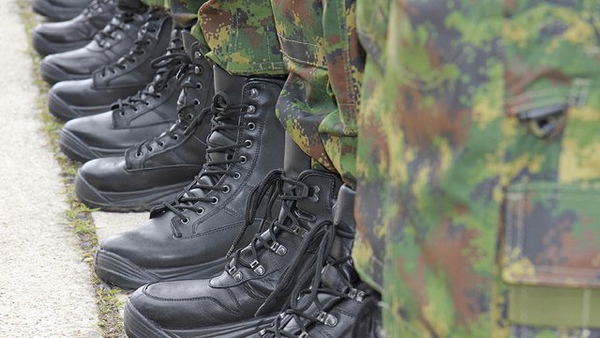