Enda Kenny never conveys a sense of someone who might be prone to sleepless nights. Yet, the thought of not being re-elected Taoiseach must surely give him a few restless moments, writes Brian Dowling.

With the economy in recovery and Fine Gael still by far the largest party in the Dáil, no other leader of his party has been better placed to achieve the elusive, second successive term in Government.

You can walk into any bookies and Kenny remains the overwhelmingly odds-on favourite to be the next Taoiseach.

Two successive terms would be a huge political prize for Kenny and by any yardstick Fine Gael still looks the most likely anchor party for the next government. Up to now it’s been difficult to see the shape of any alternative coalition that would not involve Fine Gael.

Surely, the argument goes, the only issue to be determined by the election is who Enda and Fine Gael cosy up with.

But imagine this scenario – the votes are counted and suddenly it looks like Enda Kenny might not be re-elected Taoiseach. Unthinkable?

What if the numbers threw up an alternative combination that was viable? What if Fianna Fáil, the Labour Party and Sinn Féin had the numbers to form a government? How likely or realistic is that prospect?

Well, if you listen to the parties concerned, politically, it seems the most unlikely alliance.

Still, there was time when the Labour Party said they would not share government with Fianna Fáil – they did; there was a time when Fianna Fáil would not even contemplate any kind of coalition – they’ve been in several since. Sinn Féin voted at its Ard Fheis not to play second fiddle to either Fine Gael or Fianna Fáil – in a recent interview with the Sunday Business Post, Gerry Adams seemed to hint that might not be such a closed position after all. 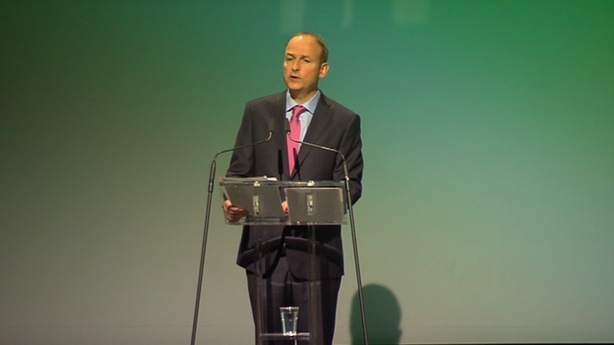 Now consider this: if Micheál Martin had an opportunity to lead Fianna Fáil back into government and be Taoiseach and it depended on a deal involving Sinn Féin and Labour would he turn his back on that?

Would Sinn Féin spurn the option of entering such a government?

Would it be attractive to Labour to be in a government where it was the only party embarking on a second successive term of office with the economy in much better shape?

Would Fianna Fáil and Labour find common ground to temper some of the Sinn Féin policies they believe won’t work? Would it suit Labour to have Sinn Féin in government sharing the responsibility for decision making? 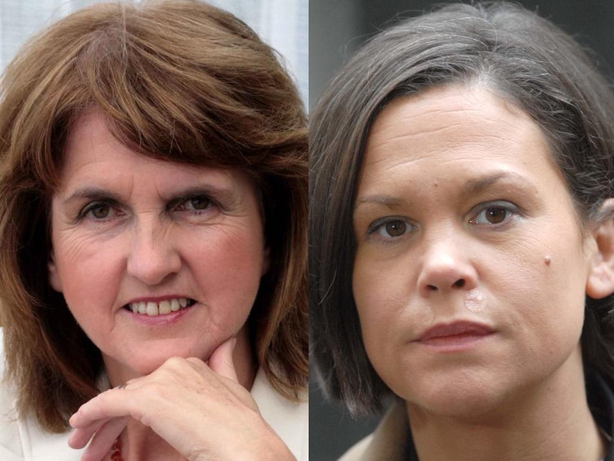 At the same, Labour and Sinn Féin would be either numerically stronger than Fianna Fáil or very close in combined numbers. In this set up both could say they are not playing second fiddle to one big party and they could give each other a degree of political cover on their left flank.

Whatever any politician says now about who they will or will not deal with after the election can be taken with a huge fistful of salt.

It is truly amazing how numbers can concentrate the minds of any politician.

Leaving the politics aside for a moment, the big question is: could Fianna Fáil, Labour and Sinn Féin between them end up with sufficient numbers to form a coalition?

Polling analyst Sean Donnelly took the most recent Sunday Business Post/ Red C poll and projected Dáil seats based on the results. That poll showed Fine Gael at 28%; Labour at 10%; Fianna Fáil at 18% and Sinn Féin at 16%. He estimated this would give Fine Gael 47 Dáil seats; Labour 15; Fianna Fáil 32 and Sinn Féin 24.

On these figures the FF/LP/SF combination with 44% of the first preference vote gets to 71 seats. Still some distance off the magic number of 80 seats, given the next Dáil has 158 TDs.

But on this week’s Irish Times/ MRBI Ipsos poll the three parties have a combined 47% share of the first preference vote. 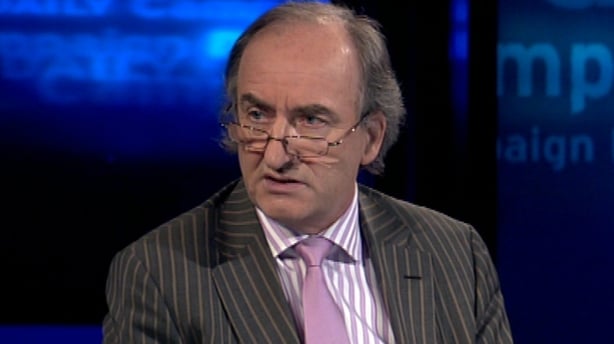 Donnelly calculates this could produce the following Dáil seats: FF (35); Labour (12) and SF (29) giving a total of 76 seats in the next Dáil. Now the finishing line is within sight. Interestingly, he also estimates the same poll would give a Fine Gael/Fianna Fáil combination: 76 seats.

Either combination would be close to forming a government.

At this level every single percentage gain becomes critical in gaining the additional few seats that make the difference.

So what about a hypothetical scenario: after the election the Fianna Fáil gets 22% ; Labour on 9% and Sinn Féin makes 18%. Over 22 polls so far this year Fianna Fáil’s average rating is 19%; Labour’s is 8% and Sinn Féin’s 20% - so the numbers in this scenario are within the margin of error.

On this analysis with a combined 49% of the first preference vote Donnelly reckons the three parties would deliver 78 Dáil seats.

Yes, Fine Gael and every other grouping would hit the magic 80 seats but here’s the question:

Would it be politically easier to form a FF/LP/SF coalition than a Fine Gael plus everyone else coalition?

There is, of course, the obvious combination of Fine Gael plus Fianna Fáil with a total of 87 seats giving a comfortable working majority. And agreeing a programme for government would be unlikely to prove overly difficult.

But if these were the actual numbers which would Fianna Fáil prefer: become a junior partner to Fine Gael or try to lead a government with Labour and Sinn Féin? It would be tempting.

Of course, if Labour suffers the kind of losses the polls suggest the party might not be in the mood to enter government with anyone.

The point of all this is that any assumption that the next government must involve Fine Gael could be in for a rude awakening.

The alternative three-party combination could potentially get sufficient seats to position them on the cusp of government and potentially leave Enda Kenny and his ministers packing their bags.

For Fine Gael to narrow the options for other parties, and effectively nail their participation in the next government, they need to break above 30% of the popular vote.

If there is one message from all the polls over the past two-to-three years it is that the next Dáil will be a very different place to the present one.

Instability could be the order of the day. On the plus side, however, our political system has grown accustomed to the formation of coalition of all kinds and shapes.

It is one reason why it would be unwise to dismiss combinations that might, for now, seem politically off the radar screen.

And, it is also a reason why the timing of the general election is so crucial.

All things considered Enda Kenny is still well placed to achieve a historic second term - but he wouldn’t want to sleep too easy on it.