Japan evacuated about 100,000 people from their homes today, after rare torrential rains unleashed floods that left at least two people missing and stranded many more when rivers surged over their banks.

A further 800,000 people across eastern Japan have been advised to evacuate after officials issued predawn warnings of unusually harsh rainfall to five million people.

Television broadcast pictures of helicopters plucking individuals from rooftops, while one elderly couple sat on a roof clutching a pair of dogs.

Residents are rescued from floodwaters in Joso city in Japan

Some areas received double the usual September rainfall within 48 hours after tropical storm Etau swept across the central part of Japan's main island of Honshu. 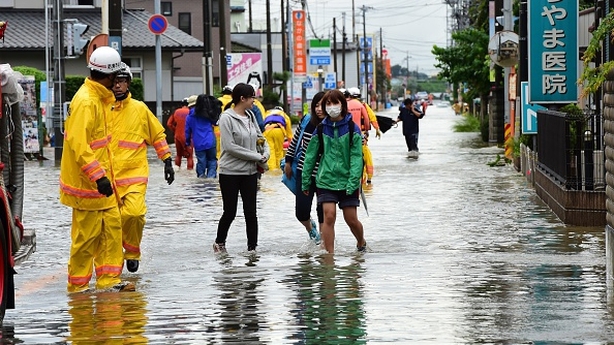 A 63-year old woman was missing after a landslide hit her home, while a man in his 70s in the town of Joso, about 56km north of Tokyo, was feared trapped in his home when floods swept it away, NHK national television said.

Japan has put heavy emphasis on disaster prevention since the 2011 earthquake and tsunami disaster that left nearly 20,000 dead.

It is eager to avoid the criticism faced by previous governments for what was seen as a sluggish response. 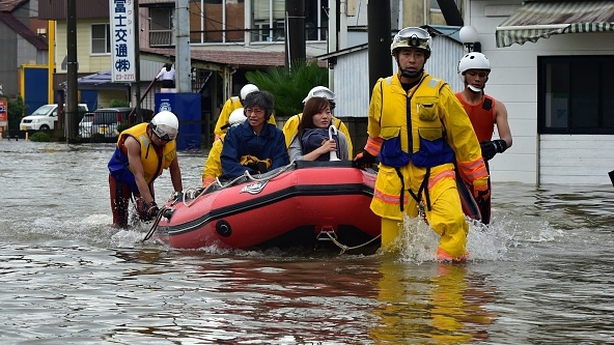 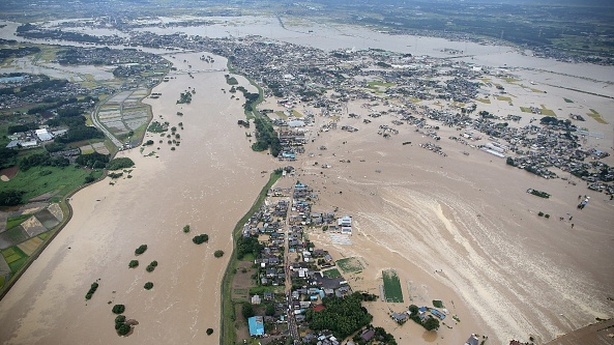 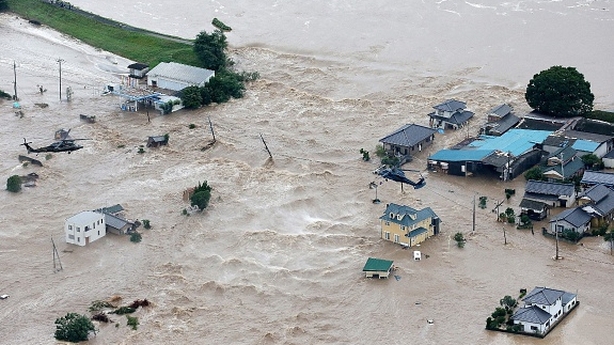 "The government will work as one to prioritise the safety of the people and do our best to prevent any further disaster," Prime Minister Shinzo Abe told reporters, and warned of unprecedented rains.

Television footage showed people in Joso waving towels while waiting for help on the upper floors of homes engulfed in floods as the Kinugawa river swept through.

Part of a hotel in the town of Nikko, famed for its shrine sand temples, had collapsed, the Kyodo news agency said, but there were no reports of injuries.

Rainfall reached 500mm in the area around Joso, with weather officials expecting at least 200mm more in parts of eastern Japan, including Fukushima, the site of the nuclear reactor crippled in 2011, before the downpour stops tomorrow.