Taoiseach Enda Kenny has received the report from the Fennelly Commission on the departure from office of former garda commissioner Martin Callinan.

A Government spokesman said the Taoiseach is obliged under law to consult with the chairman of the commission and have the report reviewed by the Attorney General to determine any possible impact on pending or ongoing criminal proceedings.

However, the spokesman added Mr Kenny's position remains that the report will be published as soon as possible in accordance with the law.

The report investigates the sequence of events that led up to the retirement of Mr Callinan on 25 March 2014.

It also examines the events surrounding the letter that the former commissioner sent to the Department of Justice two weeks earlier (10 March 2014) informing the minister that phone calls to garda stations had been recorded.

The commission interviewed politicians and officials, former and current, at the highest levels in the Government, the Department of Justice and An Garda Síochána, including the Taoiseach, the Attorney General, the Secretary to the Government, and the former Minister for Justice, former commissioner and the former secretary general of the Department of Justice Brian Purcell.

Mr Purcell visited Mr Callinan at his home the night before he retired.

The Taoiseach said he sent Mr Purcell there to convey to the former commissioner his concerns over the recording of phone calls in garda stations.

Fianna Fáil has, however, accused the Taoiseach of effectively sacking the former commissioner.

Mr Kenny is the only person to receive a copy of the final interim report. 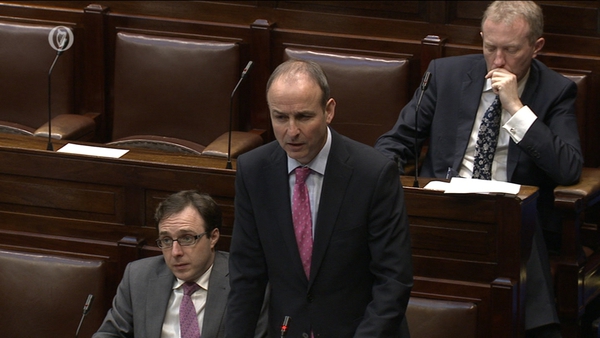