Ulster Unionist Party leader Mike Nesbitt has said there can be no trust among political parties when Sinn Féin continues to say that the IRA does not exist.

His comments come ahead of tomorrow's meeting of the UUP executive, which is expected to back his call for the withdrawal of Danny Kennedy as the party's sole representative on the Stormont power sharing executive.

The move comes after the PSNI assessment that IRA structures still exist and that it was following a line of inquiry that Provisional IRA members were involved in the murder of Kevin McGuigan in Belfast earlier this month.

Speaking on RTÉ’s Morning Ireland, Mr Nesbitt said Sinn Féin is creating a vacuum of disbelief and it is very hard to work with the party.

"It is statements from the IRA which lack credibility. The chief constable says the IRA exist. Gerry Adams and Martin McGuinness say the IRA do not exist.

"I don't believe the Sinn Féin leadership. If we can address that we can move on," he said.

"If they are going to insist they don't exist, we cannot move on because there is no trust and without trust there is nothing."

He added that if Mr Adams, Sinn Féin's president, or Mr McGuinness, Northern Ireland Deputy First Minister, said the IRA exists "but were not existing for the old reasons that would be a step".

Mr Nesbitt also said that while he had thought some individual members of the IRA may still be "alive above the ground", he did not think that they had this command structure that the chief constable has referred to.

However, he said he has not had clarity about what that means, and those questions still need to be answered. 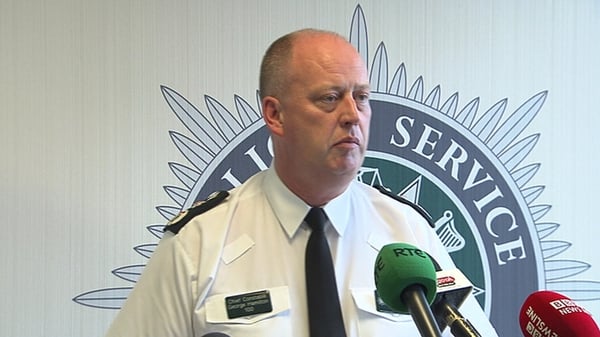