It comes as ceremonies were held to mark the disaster's 114 deaths.

Around 700 tonnes of highly toxic sodium cyanide were at the site in the northern port of Tianjin, officials say, and water could disperse it more widely. 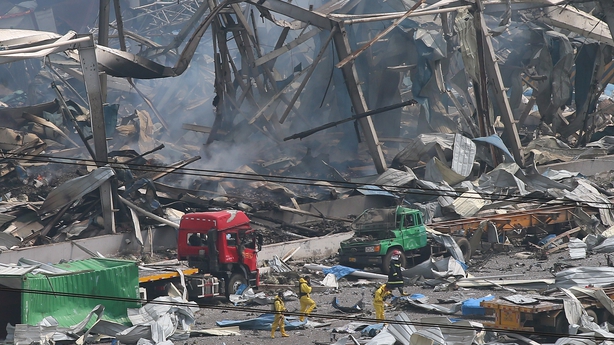 It could also disperse chemical residues on the ground into the air when it evaporates, and some of the many substances on the scene could react with it.

Officials have insisted the city's air and water are safe, but locals and victims' relatives have voiced skepticism, while international environment group Greenpeace has also urged transparency.

The chemical had been detected at another 21 points, he added.

Authorities have built a dam of sand and earth around the blasts' central 100,000-square-metre "core area" to prevent pollutant leakage, Mr Bao said, and drained water from pits and pipelines to make space for the rain.

Sodium cyanide, which has a variety of industrial uses including gold mining, is a toxic white crystal or powder.

It can release hydrogen cyanide gas, used in gas chamber executions in the US.

Acute exposure at lower concentrations can still cause weakness, nausea and eye and skin irritation while chronic exposure can affect the cardiovascular and central nervous systems, according to the US Environmental Protection Agency.

"We are paying high attention on the rain forecast for the coming couple of days," Mr Bao told reporters.

"We are making plans for the treatment of tens of thousands of tonnes of polluted water in the pit in the core area."

The air would be "closely monitored" at 18 testing points, and if excessive levels of cyanide or organic compounds were detected the public would be alerted promptly, he promised.

At ceremonies in the city, officials and personnel in military uniforms bowed their heads to commemorate the dead, who numbered 114 by Tuesday, with 57 missing and 31 bodies not yet identified.

Sirens sounded across displays of white flowers, the colour of mourning in China. 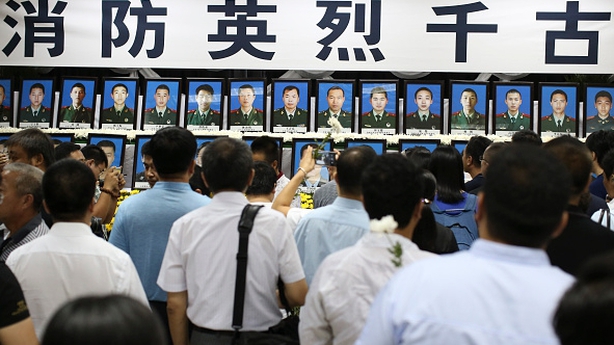 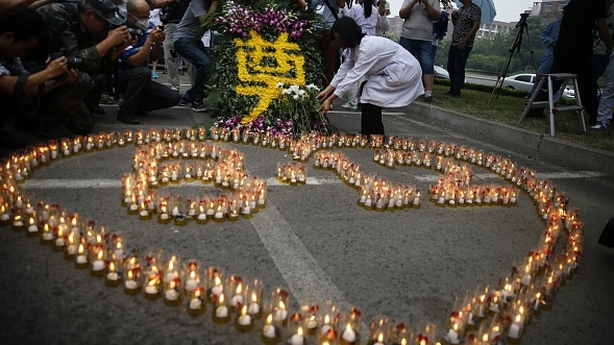 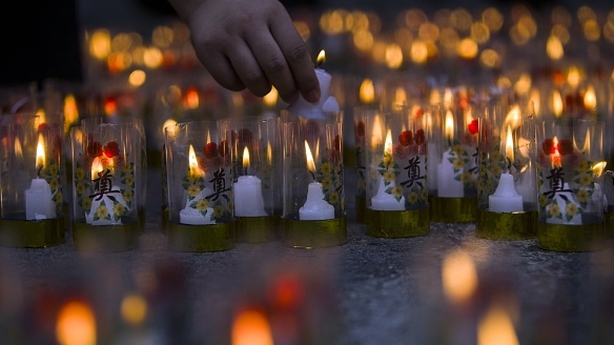 The seventh day after a death, including the day itself, is a traditional occasion to mark the demise.

Outside the hotel where officials have been holding press conferences, a group of about a dozen homeowners seeking government compensation for their properties held yellow flowers.

"Some innocent people died in this explosion," said one man. "We feel very sorry."

The protesters held a banner grieving for dead police, and signs with photos of their damaged residences reading: "Give back our homes!"

At the bottom, they read: "Respect for the souls of the brave departed," with images of three burning candles.