A bomb planted at one of the Thai capital's most renowned shrines killed 19 people, including three foreign tourists, and wounded scores in an attack the government called a bid to destroy the economy.

There was no immediate claim of responsibility for the blast at the Erawan shrine at a major city-centre intersection.

Thai forces are fighting a low-level Muslim insurgency in the predominantly Buddhist country's south, but those rebels have rarely launched attacks outside their heartland.

"The perpetrators intended to destroy the economy and tourism, because the incident occurred in the heart of thetourism district," Defence Minister Prawit Wongsuwan said.

The Bangkok Post, citing the Royal Thai Police, put the death toll at 19, with 123 injured

A senior police spokesman said the attack was unprecedented in Thailand.

The shrine, on a busy corner near top hotels, shopping centres, offices and a hospital, is a major attraction, especially for visitors from East Asia, including China.

Many ordinary Thais also worship there. 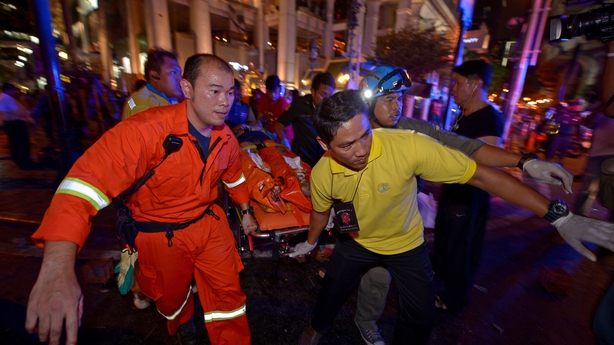 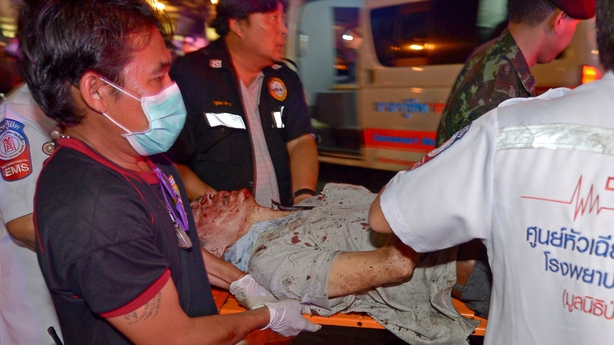 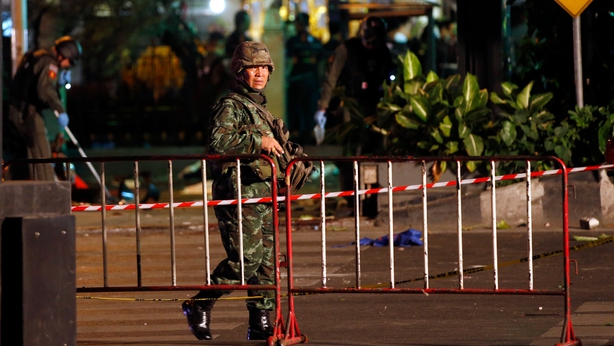 The Department of Foreign Affairs has said it has no indication of any Irish involvement but is making inquires locally through Ireland's Embassy in Bangkok.

The government would set up a "war room" to coordinate the response to the blast, the Nation television channel quoted Prime Minister Prayuth Chan-ocha as saying.

At the scene lay burnt out motorcycles, with rubble from the shrine's wall and pools of blood on the street.

Earlier, authorities had ordered onlookers back, saying they were checking for a second bomb but police later said no other explosive devices were found.

Authorities stepped up security checks at some major city intersections and in tourist areas. The city's elevated railway, which passes over the scene, was operating normally.

While initial suspicion might fall on Muslim separatists in the south, Thailand has been riven for a decade by an intense and sometimes violent struggle for power between political factions in Bangkok.

Occasional small blasts have been blamed on one side or the other. Two pipe bombs exploded outside a luxury shopping mall in the same area in February, but caused little damage.

Police said that attack was aimed at raising tension when the city was under martial law.

The army has ruled Thailand since May 2014, when it ousted an elected government after months of at times violent anti-government protests.

The US State Department said it was too soon to tell if a blast was a terrorist attack. Spokesman John Kirby said authorities in Thailand were investigating and had not requested US help so far.

He said US officials were working with Thai authorities to determine if any US citizens were affected by the blast.

The shrine intersection was the site of months of anti-government protests in 2010 by supporters of ousted former prime minister Thaksin Shinawatra.

Dozens were killed in a military crackdown and a shopping centre was set ablaze.

After the blast, authorities stepped up security checks at some major city intersections and in tourist areas.