Embattled US Republican presidential candidate Donald Trump has hit back at critics who say he went too far with caustic comments about a US television news anchor, insisting no apology was necessary and defending his relations with women.

"I've had such an amazing relationship with women in business. They are amazing executives. They are killers. They are phenomenal," Mr Trump said.

The real estate mogul and television personality, who leads the polls in the race for the 2016 Republican presidential nomination, appeared on US news shows to rebut the latest wave of outrage triggered by his off-the-cuff talk.

Mr Trump is under fire for criticising Fox News anchor Megyn Kelly during and after a Republican debate on Thursday.

Following this, Mr Trump was barred from an important gathering of conservative activists on Saturday and drew another round of denunciations from fellow Republicans.

Ms Fiorina criticised Trump as having gotten angry at Ms Kelly for asking difficult questions about comments he has made about women. "You cannot have a president who is thin-skinned," the former Hewlett-Packard Co-CEO said on CBS' "Face the Nation."

Asked on ABC if he thought he had gone too far, Mr Trump said,"No, not at all."

He said he has always had "a great relationship with women"and has hired thousands of top-level female employees.

Mr Trump said his comments about blood coming from Ms Kelly were misconstrued as a reference to menstrual blood or hormonal activity and called that interpretation "deviant.”

He said he meant to say "nose, ears" and was implying that she was angry. "She asked me a very, very nasty question," he said on "This Week."

Mr Trump has repeatedly attacked his fellow candidates, accusing Mr Perry, the former Texas governor, of wearing glasses to look smarter and calling Ms Graham, a US senator from South Carolina, an "idiot."

He also attacked Ms Fiorina on several shows as a failed executive who got fired, then lost a bid for the US Senate by a landslide.

He lashed out at Mr Bush as being "negative on women's health" for his recent comments on funding for women's health programmes that drew immediate condemnation from Democrat Hillary Clinton.

Mr Trump took credit for Fox News' record ratings of 24m viewers for the prime-time debate, saying of Mr Bush, "The man has no energy."

He dismissed his critics as beholden to political correctness, a concept he is not encumbered with, and pointed to opinion polls as proof he was "winning big all over the place." 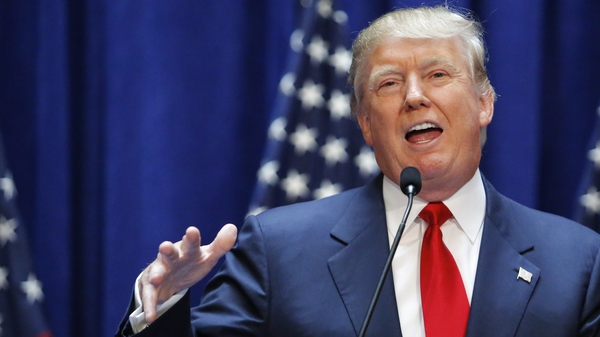