A two-month delay in the roll-out of the new Irish passport card was caused by changes to the manufacture of the credit card-sized document.

The Passport Card, which will allow travel within the European Union and the European economic area, was promised for mid-July but will not be available until the end of next month.

In a statement to RTÉ News, the Department of Foreign Affairs said the manufacturer "deemed it necessary" to alter the polycarbonate structure to improve the durability of the card.

"It has caused a slight lengthening of the time it takes to manufacture the card and the new target date of issue is mid to end September," it added.

The new credit card-sized document will be issued as a supplement to existing passports.

The card will be valid for a maximum of five years and will cost €35.

The card will be available to all Irish citizens over 18 and who already hold a valid passport.

Meanwhile, Minister for Foreign Affairs Charlie Flanagan has said a new guide to filling out passport application forms will reduce the tens of thousands of incomplete applications sent to the Passport Office each year.

The guide, which is available in post offices and Garda stations, includes detailed information on how to complete the application properly.

"The new guide has been designed to clarify the process of filling in the passport application form with a view to minimising errors and ensuring that passports are issued as quickly as possible." 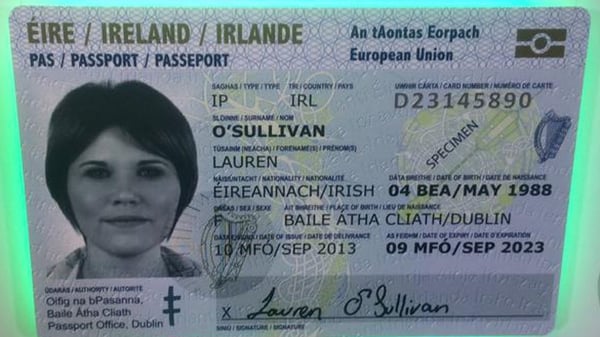