“Today, 515 days since the plane disappeared, it is with a very heavy heart that I must tell you that an international team of experts have conclusively confirmed that the aircraft debris found on Reunion Island is indeed from MH370,” said the prime minister, who added the physical evidence proves that flight MH370 tragically ended in the southern Indian Ocean.

Mr Najib also said the find marks a major breakthrough in resolving the mystery of the flight's disappearance. He expects more objects would be found.

The prime minister said Malaysia remains dedicated to finding out what happened on board the flight. He also conveyed his sympathy to the families of the victims.

“The burden and uncertainty faced by the families during this time has been unspeakable. It is my hope that this confirmation, however tragic and painful, will at least bring certainty to the families and loved ones of the 239 people on board MH370. They have our deepest sympathy and prayers,” he said.

Malaysia Airlines said the find had been confirmed by the French Bureau of Enquiry and Analysis for Civil Aviation Safety (BEA), Malaysian investigators and the Australian Transportation Safety Bureau (ATSB).

The debris, identified as part of a Boeing 777 wing, was discovered on Reunion Island on 29 July. Prior to the discovery, a massive surface and underwater hunt had failed to find evidence of the plane.

In one of the biggest mysteries in aviation history, the plane went missing on 8 March, 2014 en route from Kuala Lumpur to Beijing with 239 people of 14 nationalities on board.

Timeline: The search for MH370

Mr Najib's widely expected announcement ends an agonising wait for families of the 239 passengers and crew who have demanded concrete proof of what happened to their missing loves ones.

But next-of-kin, investigators, and the aviation industry are still left with the vexing question of what caused the Malaysia Airlines Boeing 777 aircraft to inexplicably divert on a flight from Kuala Lumpur to Beijing on 8 March 2014.

The flight apparently veered out over the Indian Ocean, flying for hours after its communications and tracking systems were shut off, in what remains one of the biggest mysteries in the history of flight. 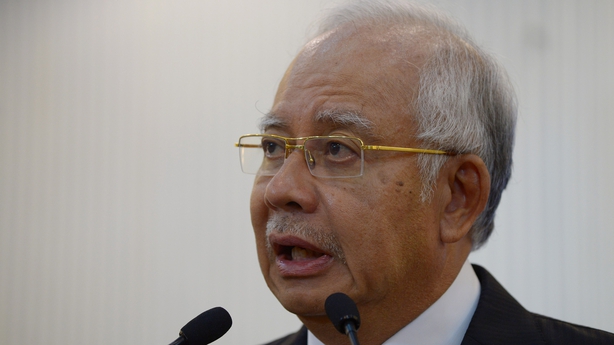 Mr Najib gave no indication that the analysis of the debris yielded any clues into the cause of the disappearance.

"I would like to assure all those affected by this tragedy that the government of Malaysia is committed to do everything within our means to find out the truth of what happened," he said.

Meanwhile, Australian authorities said they were "confident we're looking in the right area" for MH370 and would find the aircraft after the announcement from the Malaysian prime minister.

"(The La Reunion find) is consistent with all the work we've done so we're confident that we're looking in the right area and we'll find the aircraft there," Martin Dolan, chief commissioner of the Australian Transport Safety Bureau, told ABC NewsRadio.

Mr Dolan said it was "too early to tell" what had happened to the passenger jet thatdisappeared 17 months ago, adding that "close examination is what's necessary to access how much we can learn".

The piece of debris, a wing component called a flaperon, was found last week on a beach on the French island La Reunion, near Madagascar. 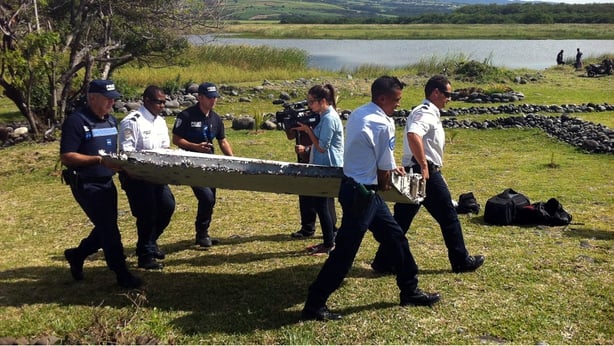 It was flown to the French city of Toulouse where it was examined by French and Malaysian technical experts, and representatives from Boeing to determine any link to MH370.

Many relatives accuse Malaysia's government and the airline of a bungled response to the disaster, possible cover-up, and insensitive treatment of families, charges that are vehemently denied. 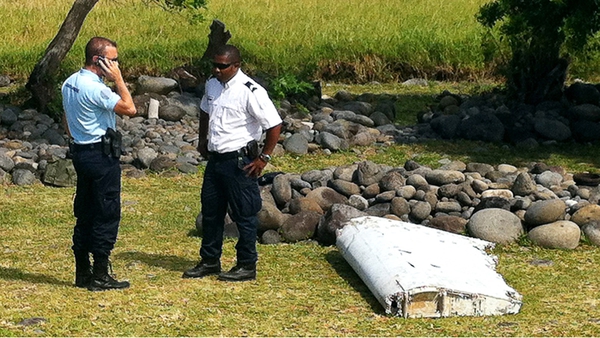