Speaking on RTÉ’s Morning Ireland, interim BIM CEO Michael Keatinge said production was suspended due to health and safety concerns at the plants in Howth, Kilmore Quay and Dunmore East.

Mr Keatinge said there where specific issues over men working alone at the plants and an expert will visit each plant in the coming days, after which the board will meet to try and resolve the issue.

As for fishermen's concerns over ice supply, Mr Keatinge said there was enough ice in the plants to keep them working and ice was also available from other plants.

He said it was unclear as to when the plants might reopen. He also said BIM were faced with a situation where sales had dropped significantly over the last number of years, as well as staff numbers.

"Ultimately we have to put the health and safety of our staff operating the plants at the forefront," Mr Keatinge said.

"These plants are getting older. We're going to work to rectify the situation.

"But as I say we are dealing with a situation where we dropped more than 80% of our sales in the last ten years and we are working to keep the whole thing working."

Mr Flaherty said if vessels did not have ice to keep their catch fresh, then they could not go to sea. He said the fishermen have no idea when the Kilmore plant will reopen.

He added that logistically it was not possible to source ice from elsewhere and without the plants in operation, the ports will come to a standstill.

Fine Gael TD Paul Kehoe called on the board to be honest and upfront with fishermen over the closure of ice plants.

Speaking on RTÉ's Today with Keelin Shanley, the Government chief whip said fishermen depend on the supply of ice for keeping their catch fresh and BIM needs to explain the situation fully to them.

The Wexford TD said there has been no communication from BIM in relation to the closure.

Mr Keatinge said there was enough ice available to fishermen at two of the plants and that there are other plants still open in other locations.

But Mr Kehoe said it was not realistic to ask smaller operators, processors and fish shops to travel long distances to get ice.

He said he found it peculiar that the three plants were closed down on Friday evening, adding that some notice could have been given to the fishermen.

In a statement released this morning by BIM, the board has said: "Many of BIM's Ice Plants are old buildings dating from the late 1970s. As a result, this can pose challenges with regard to modern health and safety standards.

"One issue identified as a risk in the audit relates to personnel shortages with some staff working on their own in the plants.

"BIM fully understands the importance of the Ice Plants to the fishing industry and is doing everything in its power to resolve the issues and reopen the plants as soon as possible." 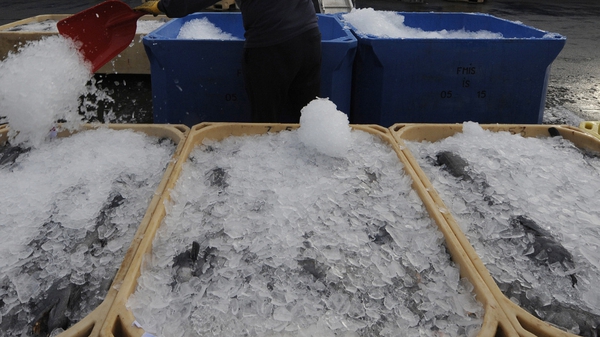