A wildfire that has destroyed drought-parched terrain in northern California with remarkable speed continues to rage as evacuations expanded and firefighters began to gain some ground against the flames.

The blaze, dubbed the Rocky Fire, has scorched around 62,000 acres and destroyed more than 50 structures since erupting last week in the canyons and foothills along the inland flanks of California's North Coast Ranges, quadrupling in size over the weekend.

Evacuation orders, both mandatory and suggested, were in place for more than 13,000 people living in over 5,530 residences, according to the California Department of Forestry and Fire Prevention (Cal Fire).

The blaze raced through 20,000 acres in one five-hour stretch on Saturday night, a rate that Cal Fire officials described as "unprecedented."

The flames, stoked by winds, jumped a state highway yesterday that fire crews had hoped would serve as a containment line.

The blaze was 12% contained by last night, officials said.

What sparked the Rocky Fire remained under investigation, but it is one of more than 20 wildfires across the state following thousands of lightning strikes in recent days, said Cal Fire Captain Kendal Bortisser in an evening update. 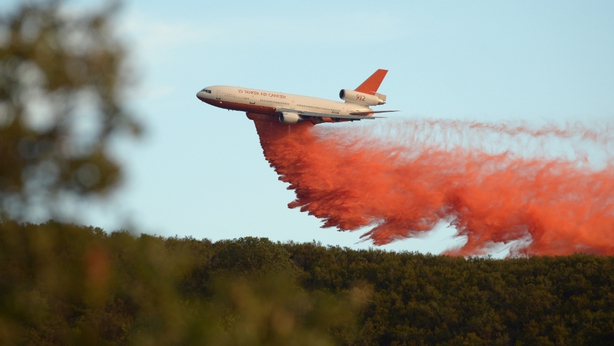 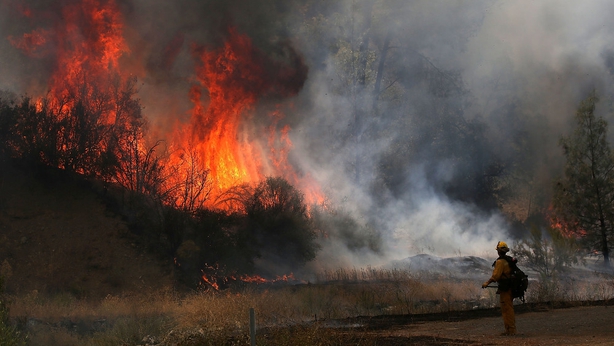 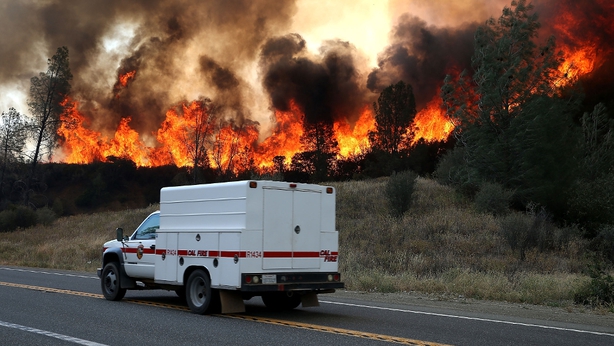 More than 9,000 firefighters, many of them reinforcements from out of state, were dispatched in California.

A third of that force was assigned to the Rocky Fire alone, along with 19 water-dropping helicopters and four airplane tankers, Cal Fire said.

The blaze broke on Wednesday near the town of Lower Lake, about 177km north of San Francisco.

Around 6,300 structures - homes, barns, sheds and other buildings - remained under threat after the loss of 24 dwellings and 26 outbuildings last week.

No serious injuries have been reported. But a Forest Service firefighter from South Dakota died on Thursday in a separate, smaller fire in Modoc National Forest near California's border with Oregon. 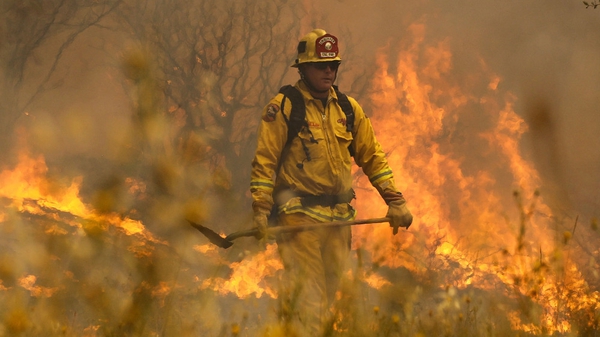