The organisers of the Galway Races say the number of people attending the event is up on last year and hotels are reported to be at full capacity around the city.

An estimated 150,000 people are expected to attend the seven-day festival. Prize money stands at €1.8m this year.

The Topaz Mile Handicap is today's highlight and is worth €115,000.

This year's festival will be the last for Racecourse Manager John Moloney, who is retiring after 26 years and 27 festivals.

He said the increase in prize money was a big attraction this year, with the Galway Guinness Hurdle now offering €300,000. 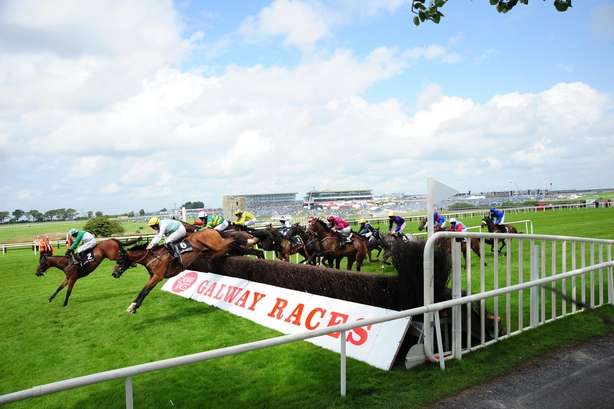 Hotels are also reporting an upturn in business, with rooms around the city at full capacity.

The chairman of the Galway branch of the Irish Hotels Federation welcomed the economic turnaround. Shay Livingstone said some hotels were fully pre-booked months in advance.

He attributed the success of the Film Fleadh, Galway Arts and other festivals as contributing to the huge financial upsurge in the local economy.