Two Turkish soldiers were killed and four wounded in a car bomb attack on their convoy in the mainly Kurdish southeast of the country, officials said.

The attack came after the Kurdistan Workers Party (PKK) rebel group threatened to no longer observe a truce, following Turkish air strikes on its positions in northern Iraq.

It comes after a wave of unrest triggered by a suicide bomb in Suruc, blamed on so-called Islamic State which killed 32 people.

There have been a number of protests and confrontations with police in Ankara and Istanbul.

Ankara, called for a special NATO meeting on Tuesday to discuss its security concerns, said two soldiers were killed and four wounded in an earlier attack by PKK militants.

Long a reluctant member of the US-led coalition against IS, Turkey made a dramatic turn around this week by granting the alliance access to its air bases and launching air raids against both the jihadist movement and the PKK.

It has no plans to send ground troops into Syria and the air strikes there are meant to give support to moderate Syrian rebels fighting IS. 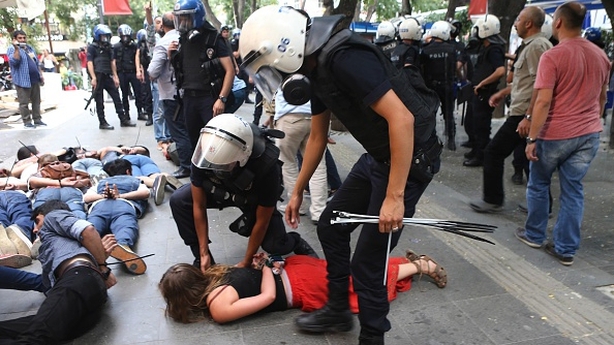 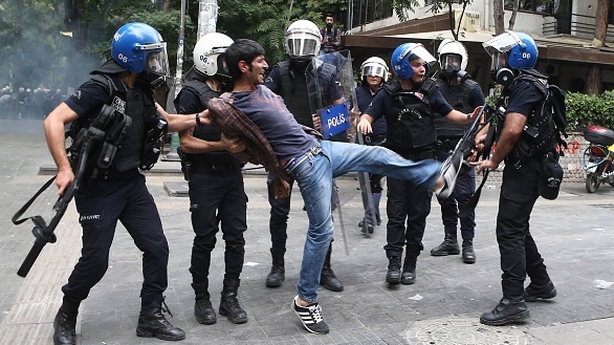 The car bomb went off as the soldiers were travelling on a road in the Lice district of the Diyarbakir province late yesterday, a statement from the Diyarbakir governor's office said.

"Two of our personnel were killed in the heinous attack, four were wounded," said the statement.

It said that large-scale operations have been launched to find the perpetrators.

The PKK had yesterday said that the conditions were no longer in place to observe a fragile ceasefire that has largely held since 2013.

It followed the heaviest Turkish air strikes on its positions in northern Iraq since 2011.

The PKK has for decades waged a deadly insurgency in the southeast of Turkey for self-rule that has claimed tens of thousands of lives.

A peace process that began in 2013 has so far failed to yield a final deal.

Meanwhile, the White House has said it welcomed Turkey's increased focus and efforts to fight Islamic State, and called the Kurdish militant PKK in Turkey a "terrorist" organisation.

The comments were made at a news briefing in Nairobi by a White House official during a visit to Kenya by US President Barack Obama. 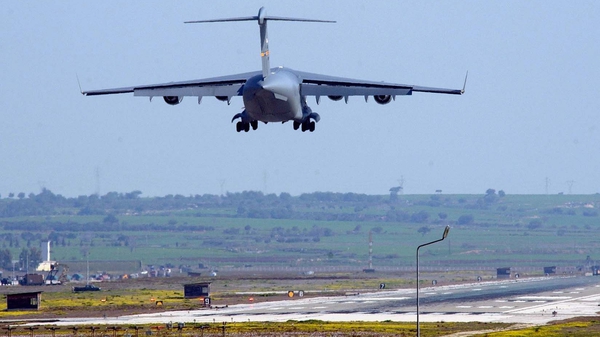 US to use Turkish airbase in fight against IS