At least 21 people celebrating an engagement have been killed on the Nile north of Cairo after a cargo ship hit their chartered boat.

Five of the party were rescued from the river in Egypt but at least six were still missing.

Security sources said the search had been hampered by the darkness.

Family and friends of a young couple had hired the boat to celebrate their engagement.

It was not clear whether the couple were among the dead. At least two children were killed. 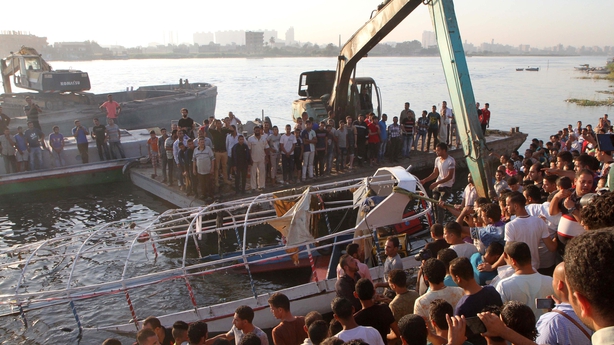 Police said they had arrested the captain of the cargo boat and his deputy after the incident, one of many that happen on the Nile and off Egypt's coast each year.

In the deadliest such incident in February 2006, an Egyptian ferry sank in the Red Sea, killing more than 1,000 people.