A six metre sculpture evoking a memorable moment in Irish sport which pays tribute to the Irish rugby Captain Paul O’Connell has been unveiled at Shannon Airport.

The sculpture captures an important moment in the famous Ireland versus England match at Croke park in 2007, when O’Connell was lifted high by his fellow Munster team mates Donnacha O’Callaghan and John Hayes to win a line out for Ireland. 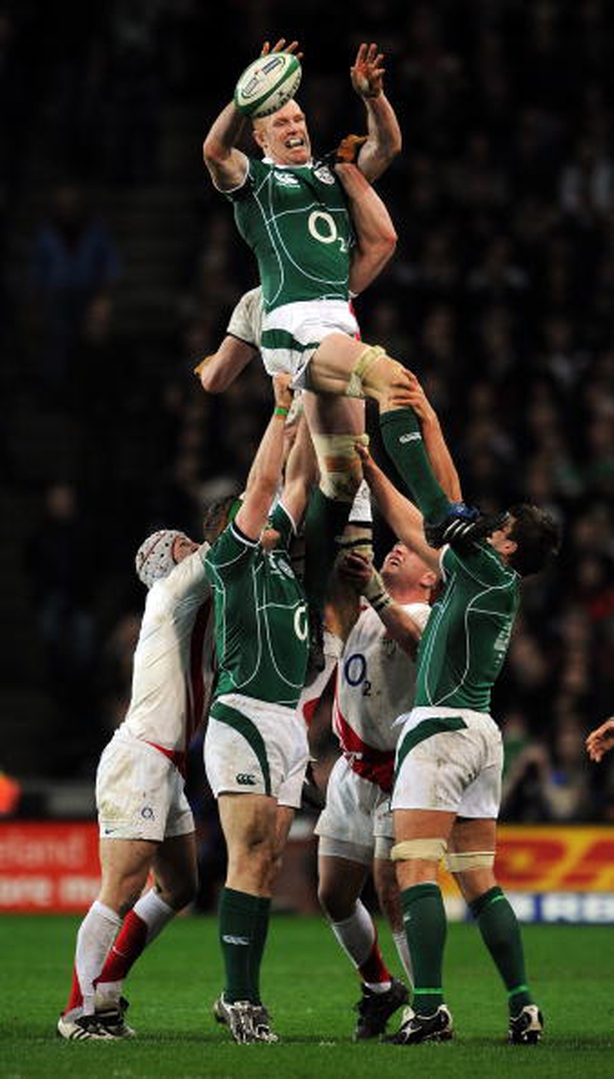 The match was memorable from a sporting and political perspective, as it was the first time Ireland played England in the famous and historic GAA grounds.

The ban on non-GAA sports being played there over the decades has only just been lifted.

The sculpture entitled “The day that changed Ireland” was created by Paddy Campbell, former boss of Campbell cater, is now a full time artist based in Florence in Italy.

It is based on a photograph taken of the moment by Irish Times photographer Cyril Byrne.

Mr O’Connell said he was humbled but honoured by the gesture, and that the sculpture was an expert representation of a really important day in Irish sporting history.

Shannon CEO Rose Hynes said the sculpture recalls a day which transcended history and politics and was a great victory for teamwork.