The Minister for Health has said it's very disappointing that anybody working in the health service, whether in a public, private or voluntary hospital, should behave in a way that he described as unethical and driven by greed.

RTÉ Investigations Unit has revealed that some senior members of hospital staff were in receipt of expensive holidays and gifts from a supplier, in breach of their rules of employment.

The hospitals are to investigate allegations regarding expensive holidays and gifts from Eurosurgical in breach of their rules of employment.

The report also states that allegations made by a whistleblower regarding Eurosurgical Ltd were passed on to gardaí more than a year ago.

Speaking on RTÉ's News at One, Leo Varadkar confirmed that the Health Service Executive has suspended all payments to Eurosurgical from all hospitals - not just HSE hospitals but also ones that are funded by the HSE as well.

Minister Varadkar said the Department of Health was made aware of different allegations in relation to Eurosurgical last September that were worse and more extensive than those aired.

He said as a Minister, he had no powers to investigate the allegations made last September, but has an obligation to pass on such information to the relevant authorities, which he said he did.

The Minister said the HSE and the Department of Justice carried out an internal audit and contacted the Garda Fraud Squad, adding that separate to that the HSE did its own internal audit of its own hospitals, but did not unearth anything that warranted further action.

He said the HSE are now going to go back and look at the matter again.

St Vincent's University Hospital said two employees were off duty with pay and would not return to duty while the investigation is under way.

A spokesperson for the Beacon Hospital this morning confirmed to RTÉ that an employee is off duty with pay pending the outcome of an internal investigation following the report.

In a statement, the hospital said: "Beacon Hospital has strict procurement policies and procedures in place. Any alleged breach of these policies is taken extremely seriously.

"Beacon Hospital is carrying out an internal investigation into the allegations made in the Prime Time programme and an employee has been placed on leave until further notice."

Eurosurgical has said it has always behaved ethically and will continue to do so.

The statement added: "In light of the enquiries that are under way, with which Eurosurgical Limited will fully cooperate, we have been advised to make no comment save that we are taking further legal advice."

It said it carried out an internal audit of its hospitals when it was made aware of the allegations and none of the people mentioned in the Prime Time programme are HSE or Department of Health employees.

However, it said it has directed that no payments are to be made for any goods or services supplied by Eurosurgical until further notice.

The Chief Executive of the Irish Medical and Surgical Trade Association (IMSTA) said he was shocked at the revelations.

Speaking on RTÉ's Morning Ireland, Justin Carty said all interactions with Eurosurgical Ltd should be scrutinised.

He said: "An indication of the response from industry is the number of texts I got from members and all were expressing shock and surprise at the scale of it.

"We were very happy to see it was not a member of the umbrella group IMSTA."

Mr Carty believes the behaviour is isolated and involved a "maverick operator".

He said one of the main principles in the group's code of ethics, which all IMSTA member companies sign up to, is the "principle of separation and it governs the interaction between industry and healthcare professionals and it must not be misused to influence through undue or improper advantages, purchasing decisions.

"Clearly in the programme last night it indicated there was a direct relationship between this company and undue influence being placed."

Mr Carty said it would distort market practices if commercially sensitive information was given out by companies or given out by procurement professionals.

"It is important now that all interactions with this company by the HSE and voluntary hospitals are scrutinised right away so that their members are not further disadvantaged."

He also said he would have expected St Vincent’s Hospital would have begun its investigation earlier, adding, "this information was known to the hospital for at least a week. The practices are really unthinkable."

Mr Carty said it is important that the HSE’s own corporate and financial governance and code of standards and behaviour are adhered to and "their purchasing professionals in particular become aware of these codes and acceptable behaviours.

"Because if this happens with this company who operates throughout the country it would be very important to make sure supply officers are not jeopardised elsewhere."

Mr Carty added that he believes a review of the current procurement practices would be worthwhile and to make sure that procurement professionals are aware of the standards of behaviour.

Chairman of the Public Accounts Committee John McGuinness has said they will be investigating the processes and procedures within the HSE and particularly the procurement process.

Speaking on RTÉ's News at One he said the heart of the problem was the failure of management not being able to manage the huge buying power of the HSE and to prevent corruption.

"It is clear to me that in any large organisation there is always a risk of corruption and there are people operating under the radar, particularly when you have big buying power like the HSE.

"While there is an audit within the HSE, there is a need to strengthen the powers of the auditor general.

"A management system was not in place robustly enough to manage this."

"That's why I say the management in the HSE allocating this money to the hospitals that are concerned and within their own system, they need to have the processes in place to check the money right along the line until the point of spending it".

He said questions will be asked by the committee to the relevant people.

"We will be talking to the Secretary General of the Department of Health, the CEO of the HSE and as soon as we get the facts together we will call them before the Public Accounts Committee."

"When an allegation is made or a whistleblower comes forward, the full extent of the law must protect the whistleblower and questions must be put to the whole management system about the purchases made."

The Oireachtas Health Committee issued a statement saying it has agreed to invite representatives from the HSE and St Vincent’s University Hospital and Beacon Hospitals' to respond to the allegations made in the RTÉ report.

The meeting will take place next week. 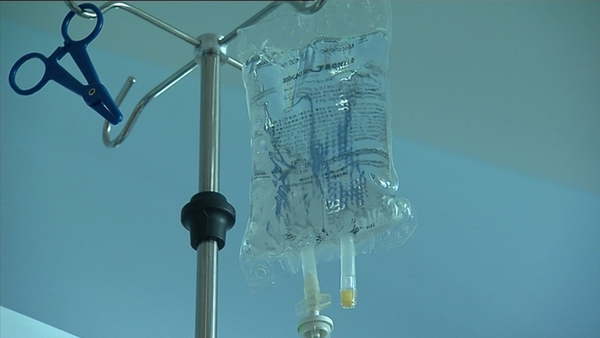