Independent TD Shane Ross has said that Brian Cowen came out fighting during his appearance before the banking inquiry today.

Speaking on RTÉ's Six One News, Mr Ross said that in terms of his performance, Mr Cowen sent out a signal that he would not take the rap for it all.

Mr Ross said that very little new information was gleaned from today, describing it as a type of an "apologia".

He said it was not like a banking inquiry at all, but a political arena, saying the banking emphasis was relegated to second place.

He said: "We had heard quite a lot so far from the bankers and others, but today was such a political arena that it didn't seem like a banking inquiry at all.

Mr Ross said he expects Mr Cowen will have a few key questions to answer next week.

Renua leader Lucinda Creighton has said she heard what she expected to hear from the former taoiseach in his testimony.

She told RTÉ News At One that she is not surprised that he, and Charlie McCreevy, are trying to rehabilitate their legacies.

Ms Creighton said Mr Cowen does not seem to believe he has anything to apologise for in the context of his role as Minister for Finance and that she does not think there are many people who can take that assertion seriously.

The Renua leader said that Mr Cowen claimed that Fianna Fáil was not beholden to developers and that he needs to be pursued on this because it is not credible.

Ms Creighton added that she would like to know why he overruled Brian Lenihan, the NTMA and senior officials in the Department of Finance when it came to the bank guarantee.

She said his apology only applies to the period during which he was taoiseach and "he doesn't seem to believe he has anything to apologise for in the context of his role as minister for finance".

"I don't think there are too many people in this country, or outside of this country, who could possibly take that assertion seriously" she added.

He said that Mr Cowen's contribution was to try to assist the inquiry and that he believed he set out a very clear rationale for the decisions that he took.

Mr Dooley said he does not expect a political comeback from Mr Cowen, adding that the constituency is crowded and that he doubts there will be a family feud over it.

When you look at the decisions that were taken "with the knowledge that you now have, you can see how mistakes were made", he said.

Mr Cowen's appearance before the inquiry was today confined to his years in the Department of Finance from 2004 to 2008.

Next Wednesday, he returns for an examination of his time as taoiseach - a tumultuous period covering the collapse in the economy and the banks, along with the arrival of the Troika. 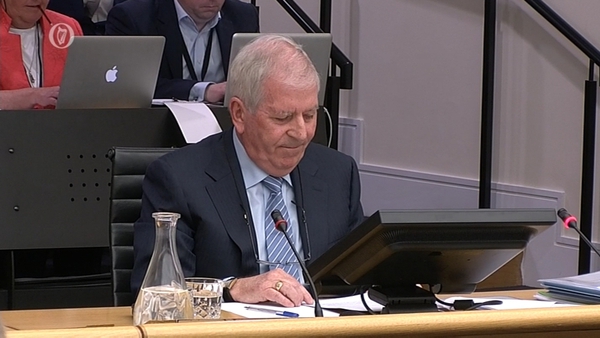