Concert promoters will not be allowed to sell tickets before consulting with local authorities in future.

It is one of a series of changes announced by Minister of State at Department of the Environment Paudie Coffey following the controversy over last year's planned Garth Brooks concerts.

It will now be mandatory for event promoters to have a pre-application consultation meeting with the relevant local authority prior to submitting an event licence application.

Event licence applications will not be accepted by a local authority unless a pre-application consultation meeting has already taken place with the event promoter.

Event promoters will not be entitled to advertise or sell tickets for events prior to the holding of a pre-application consultation meeting with the relevant local authority.

Where tickets for events have been advertised and sold prior to the holding of a pre-application consultation meeting, an application for an event licence will not be accepted by the relevant local authority.

Event licensing applications must be lodged with the relevant local authority at least 13 weeks in advance of the proposed event (currently 10 weeks).

Local authorities must make their decision on an event licence application no later than four weeks in advance of the proposed event.

Where it is proposed to add performances to a schedule already announced, a further pre-application consultation meeting will be required to take place before the announcement of any additional dates.

The public consultation period in relation to event licence applications is being reduced to three weeks (currently five weeks).

The new regulations follow the establishment of a Review Group in October 2014 by Minister Alan Kelly.

The group met six times during October 2014 to March 2015 and met the four main promoters of outdoor events in Ireland who were invited to make presentations of their experience with the existing legislative provisions and to suggest possible changes that might be required.

There was also a public consultation in November 2014 during which some 50 submissions were received from venue owners, residents' associations, local authorities, statutory bodies, industry operators and members of the public.

Dublin Chamber of Commerce welcomed the new rules saying the new legislation will provide much needed certainty for residents and businesses in the vicinity of venues, ticket purchasers and event promoters.

Dublin Chamber CEO Gina Quin said: "The Garth Brooks debacle last summer was hugely embarrassing for Ireland and jeopardised our international reputation as a great place to host and attend an event.

"The whole episode highlighted a flaw in our legislation and also the need for a re-think on the way that concerts are sold and licensed in Ireland."

Clonliffe and Croke Park Area Residents' Association said it was disappointed that promoters can continue selling tickets for an event before a licence has been granted.

Group PRO Colm Stephens said it seems the new regulations are heavily biased of favour of the promoters who can continue to sell tickets for events before any public consultation has taken place or a licence issued. 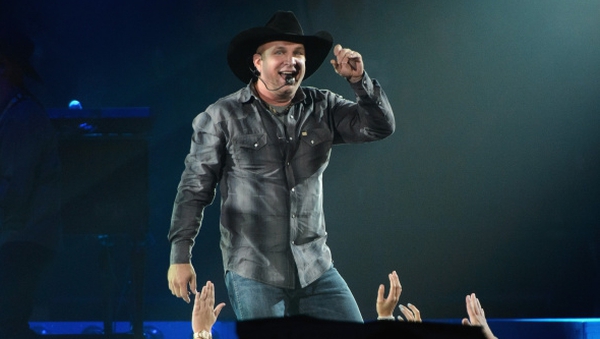 No plans for Garth Brooks concerts in 2015 - Aiken Promotions