Minister for Communications Alex White has said the Government may amend company law to prevent situations such as the sale of Clery's department store occurring again.

Protests have taken place in support of the workers who lost their jobs when the company was put into liquidation over a week ago.

KPMG, which was appointed by the High Court, informed workers they were out of a job last Friday at 5.30pm.

The provisional liquidator, KPMG, have confirmed that the 130 employees will get basic statutory redundancy.

Speaking on RTÉ’s The Week in Politics Minister White said, "If there is a way we can amend company law we will do that, but there is no law we can introduce in the Dáil next week to eradicate capitalism."

The Minister said the Government is dealing with the issue of zero-hour contracts and has set-up the low pay commission.

Economist Tony Foley said that it is "absolutely indefensible" the way the Clery's staff were treated.

He cited the notice that was given to the staff and the lack of consultation with staff.

The new owners, Natrium Limited, have agreed to meet the Minister of State for Business and Employment Ged Nash to discuss the liquidation of the department store.

A spokesperson for the minister said he welcomed the company's agreement to meet him, adding he has many questions to put to them.

However, Mr Nash also reiterated his previous call for Natrium to meet the workers and give concessions to those affected by the liquidation. 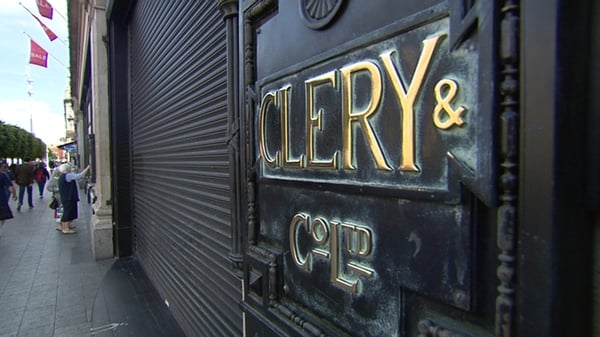