The families of five of the victims of the Berkeley balcony collapse have issued a joint statement thanking people for the support they have received.

Relatives of Olivia Burke, Eoghan Culligan, Lorcán Miller, Niccolai Schuster and Eimear Walsh said the support they have received in Ireland and America has been a "tremendous comfort" to them.

The families issued the statement before taking a flight home to Dublin with the students' remains.

They said they particularly wanted to thank the other students who were in the apartment and the wider complex that night.

They said that the manner and speed at which they reached out to the families, to the Consul General , and to each other was "faultless".

The families said that their children were "extraordinarily blessed in their friends and we are enormously proud of them".

Earlier, a joint funeral mass for two of the victims of the Berkeley balcony collapse, cousins Olivia Burke and Ashley Donohoe, was held in California.

The families of the two students have said they will fight for changes so that no other family has to go through what they have over the past five days.

Speaking through a family friend after the funeral, the parents of Olivia Burke and Ashley Donohoe said their daughters and all of those who were at the party that night were responsible young adults who felt they were in a safe environment, but the party turned tragic through no fault of their own.

The parents of Olivia Burke and Ashley Donohoe issued a statement after the funeral mass for the two students https://t.co/a6qw9eOca2

They said both girls were intelligent and talented and that Ashley would have liked to make a difference in the world. In her memory they asked people to donate to Cystic Fibrosis Ireland in lieu of flowers or other donations.

Tonight The Script dedicated a song to the families of the six students who died in Berkeley at their sold-out concert in Croke Park.

The Script dedicated a song to the families of the six students who died in Berkeley at their concert in Croke Park https://t.co/XdB85mMHas

Vocalist and guitarist Mark Sheehan told the crowd "Ireland lost six of its sons and daughters during the week in California to a terrible tragedy."

Though he said it "wasn't a lot", he dedicated "If you can see me now" to the students’ families, saying it was a song they wrote about their own grievances. 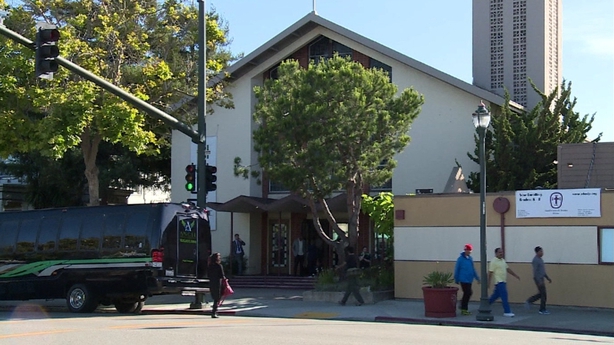 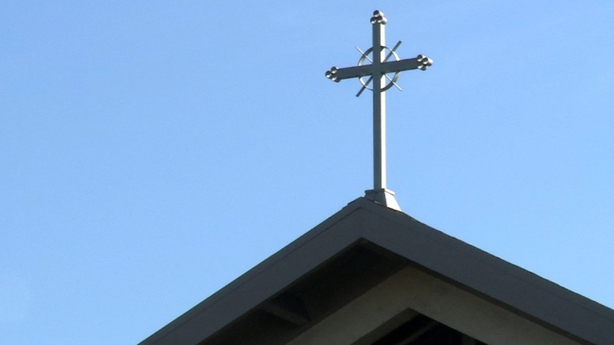 After the mass in California this evening a celebration of Ashley Donohoe and Olivia Burke's lives was held in a memorial service in Sonoma State University, where family and friends were invited to share their memories of and stories about the two young women.

A celebration of life ceremony is underway at Sonoma State University for Ashley Donohoe and Olivia Burke pic.twitter.com/aXBQ3EgwpS

Mourners have been asked to make donations to Cystic Fibrosis Ireland in lieu of flowers.

Around 200 J1 students travelled from Berkeley to attend the ceremony on buses that were organised by the Irish Consul General.

The interior of the church had been rearranged into four sections, with an open casket in the middle of each, surrounded by flowers and chairs.

Last night the relatives of the other four students who were killed received their bodies for the first time at a joint service in St Columba's Church in nearby Oakland.

A private service was held for the family members, followed by a viewing period for their friends and the wider J1 students’ community.

The families of Lorcán Miller, Eimear Walsh, Eoghan Culligan, and Niccolai (Nick) Schuster were reunited with the four young people in the church together at the same time, in a show of solidarity with each other.

Their bodies lay in repose in open caskets until around 10pm (local time) at which point they were removed from the church and began the journey home to Ireland. 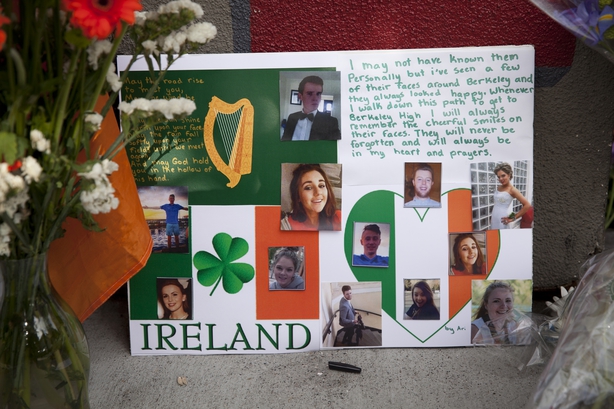 They will be repatriated on an Aer Lingus flight from San Francisco to Dublin tonight, and arrive in Dublin Airport tomorrow morning.

An appeal by the Irish Immigration Pastoral Centre in San Francisco for people not connected to the students to give up their seats on flights this weekend to allow J1 students to fly home to attend funerals was successful and all of those who needed a seat have been accommodated.

Minister for Foreign Affairs Charlie Flanagan has asked that the privacy of the families of the victims of the Berkeley tragedy be respected.

Mr Flanagan said: "It is essential that the families of the victims of the Berkeley tragedy be given the space they need to grieve.

"I appeal for their privacy to be fully respected as they make the difficult journey home tomorrow." 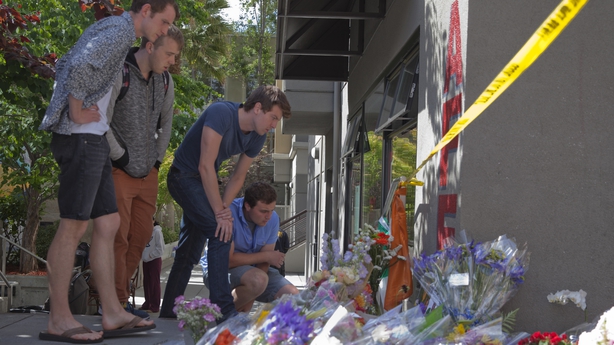 Meanwhile, the conditions of two of the people who were injured in the Berkeley balcony collapse have improved.

Conor Flynn and Jack Halpin are being cared for at the John Muir Medical Centre in Walnut Creek where Minister of State for the Irish Diaspora Jimmy Deenihan visited yesterday afternoon.

Hospital pastor Fr Michael Gillen described the pair as inspirational and said they should make a full recovery.

A book of condolence was opened and special prayers were said all day at Dublin's Pro-Cathedral today to remember those who have died or remain injured after the disaster. 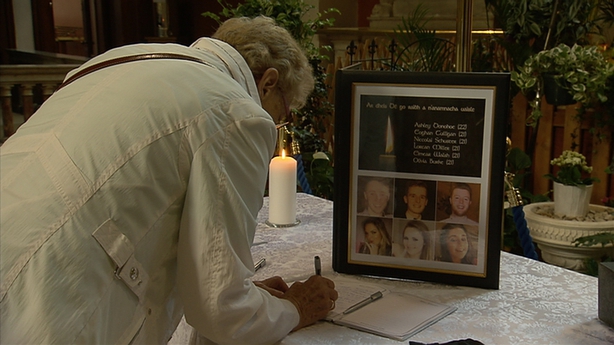 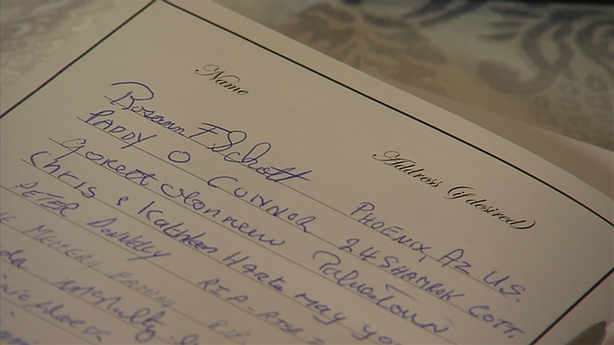 Archbishop Diarmuid Martin celebrated a special mass for the victims and their families this evening.

Speaking to RTÉ News, he said: "I was struck by the fact that people gathered at the site of the tragedy, they gathered in churches and when they couldn't find human words they paused into a silent prayer.

"For me, there are times when prayer becomes almost the natural human response in the face of something that's inexplicable.

"I think a lot of people are trying to find explanations. We're offering them this opportunity, for those who wish to come, to join with us in prayer," he said. 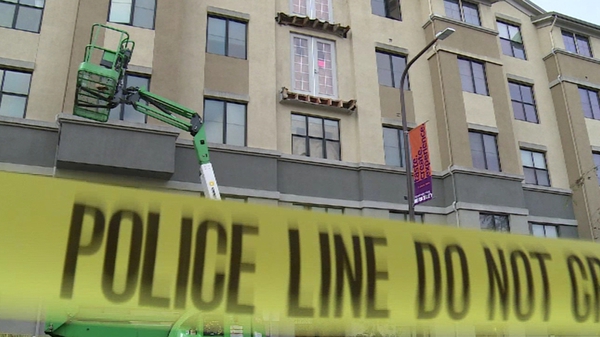