The Economic and Social Research Institute has warned the Government that some of the "fiscal space" it identified in the Spring Economic Statement will be absorbed in preventing income taxes from increasing.

The warning came in a paper on tax and welfare options facing the Government in the Budget.

The ESRI pointed out that if a return to modest wage growth materialises as expected in 2016, average tax rates would rise even if the Government took no action in the Budget.

This is a concept known as "fiscal drag" where, even if no changes to taxes are implemented, more income would be taxed at a higher rate because of income growth.

The institute looks at a variety of outcomes using the parameters set out in the Spring Economic Statement, which indicated that a €1.5 billion budget package would be evenly split between tax cuts and spending increases.

"With a 50-50 division of the 'fiscal space' between tax cuts and expenditure increases, the average income tax rate - including USC - could fall, and welfare payments could rise slightly ahead of expected inflation," the report points out.

There have been indications that the Government will seek to reduce the 7% rate of USC.

The ESRI points out that this would result in the greatest gains going to the upper-middle reaches of the income distribution, but with some benefits for the middle.

The study also found that increases in welfare payments would lead to gains which were greatest in percentage terms for households in the bottom half of the income distribution, and especially the poorest 30% of households.

Professor Tim Callan of the ESRI said: "If Government wishes to prevent average income tax rates from rising and to ensure that welfare payments keep pace with general growth in incomes, this could absorb between 25 and 50% of the €1.5 billion 'fiscal space' identified in the Spring Economic Statement.

"The exact amount depends on what happens to income growth," he added. 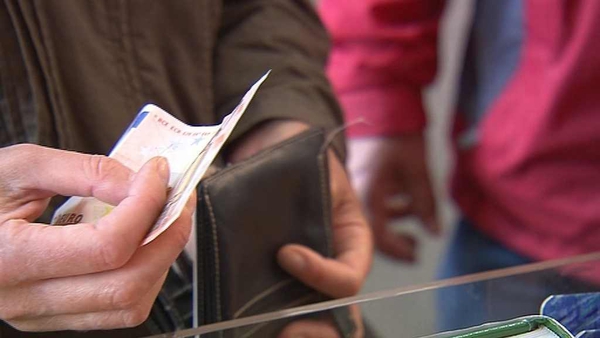