Calls are growing for an inquiry into reports that Australian officials paid people-smugglers bound for Australia thousands of dollars to turn their boat back to Indonesia.

Indonesia and the United Nations have also expressed serious concern.

A boat captain and two crew members arrested on suspicion of human trafficking told Indonesian police that Australian authorities had paid each of them A$5,000 (€3,400) to turn back their vessel with 65 migrants on board.

The passengers, including children and a pregnant woman, were from Bangladesh, Sri Lanka and Burma, (also known as Myanmar).

Australia has vowed to stop asylum-seekers reaching its shores, turning boats back to Indonesia when it can and sending asylum-seekers for long-term detention in camps in impoverished South Pacific nations Papua New Guinea and Nauru.

However, both declined to repeat the denials during a heated parliamentary debate today.

A growing chorus of opposition politicians wants the government to explain.

"By failing to deny reports that criminal people smugglers could be paid $30,000 if they make it to an Australian vessel, isn't the government providing a cash incentive for these dangerous voyages to take place?" Mr Shorten asked Mr Abbott.

Labor has sought an inquiry from the country's auditor-general.

There are signs the allegations are already straining ties between uneasy neighbours Australia and Indonesia, which are only just beginning to improve after Indonesia's execution of two Australians on drugs charges this year.

Over the weekend, Indonesian foreign ministry spokesman Arrmanatha Nasir said Australia would have stooped to a "new low" if the reports were true.

The UN and human rights groups have criticised Australia over its tough asylum-seeker policy.

"We need to crack down on smuggling and trafficking, not paying them, but putting them in jail whenever possible, or prosecuting them," he told the BBC. 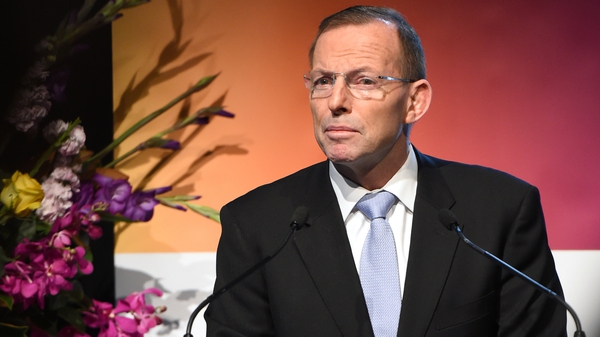