There were angry scenes in the European Parliament this morning following a decision to suspend a debate on Transatlantic Trade and Investment Partnership.

MEPs voted to suspend a debate on TTIP this morning by a margin of just two votes, prompting a furious reaction in the chamber.

The decision to postpone the debate was supported by the centre-right and conservative groups.

The eurosceptics, some of the socialist and democrats and the left-wing parties wanted to continue to have a discussion this morning.

The suspension comes following a last-minute decision yesterday, that will mean MEPs will not now be voting on the TTIP resolution today, as had originally been planned.

Parliament President Martin Schulz claimed it was due to the large number of amendments to the text that had been tabled. 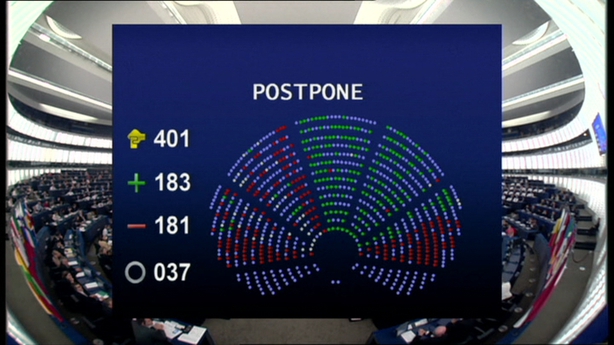