The Fiscal Advisory Council has expressed concern about the Government's budgetary plan for 2016 which, it said, does not comply fully with new rules.

The FAC said the absence of a strong budgetary framework risks a return to policies that led to the economic crisis.

This is the eighth report from the council, which independently judges the Government's performance against its fiscal targets.

On the upside, the FAC said it is likely the Government will succeed in bringing the deficit to below 3% of GDP this year as set out in the Budget.

But the council expressed some concerns about future budgets.

Under new budgetary framework rules, the Government is required to reduce the structural deficit by 0.6% each year until we have eliminated it completely.

According to the Government's current plans for 2016, the structural deficit will be reduced by only half that amount which will have knock on effects down the road.

Beyond 2016, the council said that revenue forecasts do not take into account the Government's commitment to reduce taxes.

It also stated that future spending plans do not present a full picture of the costs of an ageing population and the pressures in delivering existing services.

The council said there is value in adhering to a strong budgetary framework so that we can avoid mistakes made in the past.

Council Chairman Professor John McHale said an adjustment of €700m in the Budget would be more appropriate than what the Government has projected.

Speaking on RTÉ's Morning Ireland, he cautioned against a return to the mistakes of the "good times".

He said: "We certainly understand political pressures and very much understand that people need a break.

"But we do have to remember that it is in good times that we made mistakes, that we pursued unsustainable policies and then required very harsh adjustments that had such devastating effects.

"So to comply with the rules it looks like a package of €700m would be appropriate."

Prof McHale said both Irish and European rules on deficits are strong on paper but there are certain issues with implementation.

He said the Government has introduced a new adjustment for tax buoyancy that goes against the "letter and spirit" of the expenditure benchmark rule.

Prof McHale called for the Government to comply with the framework as it stands to protect from making the same mistakes made before.

"On balance, given where the Irish economy is at the moment with high debt levels, still a significant deficit and a very uncertain environment, minimum compliance with the rules is an appropriate policy."

He also said Irish legislation should be followed.

"It is not just Europe that decides. We have our own fiscal responsibility act that lays out our own domestic rules and to set out a plan that doesn't comply with our own rules is a concern.

"We should stop just thinking on it as something imposed by Europe, it's something that's in our own interest and we have our own legislation." 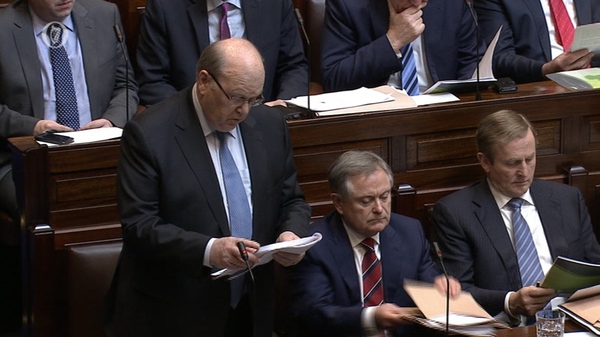