One of the carriages contained 16 guests while the other was empty, they came together on a low section of the track.

An Alton Towers spokeswoman said: "The resort's fully qualified first responders were on the scene immediately to assist with the evacuation which is ongoing, and the area has been closed to allow for access to emergency services vehicles.

"To ensure the safe and timely evacuation of guests a platform is being constructed. This will take a few minutes but will enable us to proceed more quickly."

It added: "There will be a full investigation once we have recovered the guests who are our priority." 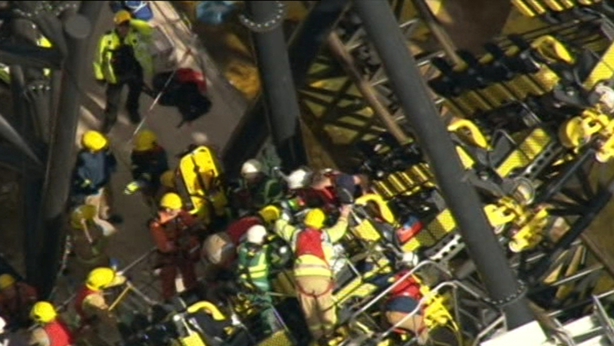 West Midlands Ambulance Service said that it was called to the resort at 2.09pm to reports that a carriage had hit a stationary one.

A West Midlands Ambulance Service spokeswoman said: "There are 16 patients on board The Smiler requiring triage, four of which have reported serious injuries."

She added: "Ambulance staff and medics are working quickly with resort staff to gain access to the seriously injured." 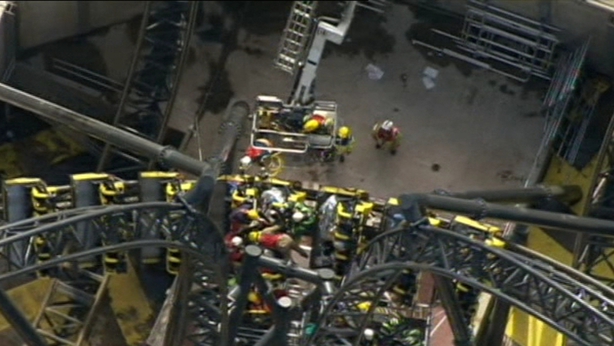 The Smiler opened in May 2013 and is billed as the world's first 14 loop rollercoaster.

It holds the official Guinness World Record for most loops in a rollercoaster, according to the Alton Towers website.

The resort claims that it features "a series of twisted psychological effects including optical illusions, blinding lights and near misses designed to mess with your mind".