US Secretary of State John Kerry broke his right leg in an accident while cycling a portion of the Tour de France route near Scionzier, France, and is returning to the United States.

Mr Kerry has cancelled scheduled visits to Madrid and Paris.

He broke his femur and is expected to make a full recovery, spokesman John Kirby said. He was taken to Geneva's main hospital and is reported to be in a stable condition. 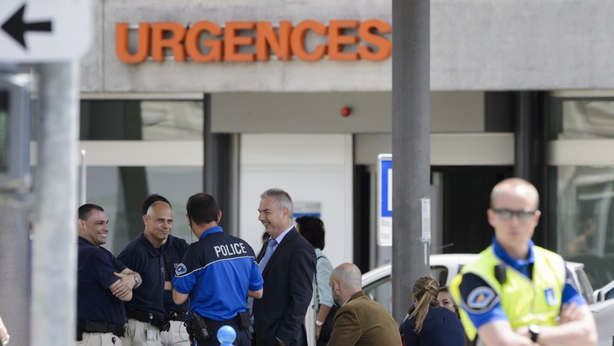 He had been due to travel to Madrid this evening, his first visit to Spain as secretary of state, to sign a bilateral defence agreement that would allow the US to have permanent use of Moron air base, near Seville.

He had then been due to fly to Paris tomorrow for a meeting with Iraqi Prime Minister Haidar al-Abadi and members of a US-supported coalition fighting the self-styled militant group Islamic State.

Mr Kerry, 71, is still an avid sportsman and often takes his own bike on official trips abroad. The accident came the day after he met his Iranian counterpart Mohammad Javad Zarif in Geneva to try to overcome obstacles in negotiations on curbing Tehran's nuclear programme.

It is not immediately clear how his injury will affect the nuclear negotiations with just a month left before a 30 June deadline for a final agreement between Iran and the US, Britain, France, Germany, Russia and China.

Mr Kerry was flown by helicopter from the scene of the accident, after he was stabilised by a doctor and paramedic who were with his accompanying motorcade. He was resting comfortably and in good spirits in the Geneva hospital, Mr Kirby said.

A senior US State Department official said it appeared Mr Kerry had hit a curb. There was no vehicle involved.

Mr Kerry will return to his home town of Boston for treatment at Massachusetts General Hospital. 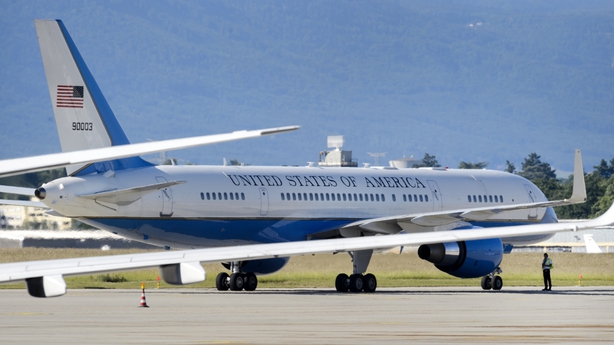 His plane and travelling party were departing France ahead of Mr Kerry, who will take another plane outfitted to ensure his comfort as a precaution, Mr Kirby said.