The President of the IFA Eddie Downey has said that farmers are extremely angry that the Department of Agriculture has published full details of EU payments on its website that individual farmers received last year.

On a county basis, the average payments were lowest in Mayo at just under €9,000 and highest in Waterford at €20,000.

The Department said it is obliged to publish the details under EU rules as a transparency measure.

The details reveal substantial disparities between different regions across the country.

The publication of this list of individual EU payments is highly controversial among farmers.

Mr Downey said the publication lacks proportionality and is a security threat to farmers involved.

He claimed that it is a breach of confidentiality in respect of personal financial data and has called for farmers to be advised when someone is checking into their data.

The information however is required to be published under EU rules because it is EU taxpayers money.

The Single Farm Payment accounts for the bulk of the money. 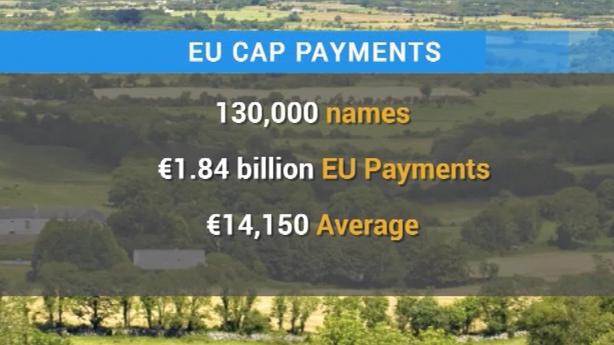