Outgoing TD Éamon Ó'Cuív was selected by delegates at this evening's convention in Galway. He will be joined on the ticket by former County Councillor John Connolly and the current Cathaoirleach of Galway County Council, Mary Hoade.

Mr Ó'Cuív and Mr Connolly reached the quota on the first count. The distribution of Mr Ó'Cuív's surplus saw Cllr Hoade reach the quota ahead of the only other candidate, Stephanie Murphy-Penn.

Two other prospective candidates withdrew from the contest before tonight's vote.

The party's local Comhairle Dáilcheantair had already voted to adopt a three-candidate strategy and the geographical spread of the chosen candidates means it is unlikely another candidate will be added to the ticket.

Following the last Constituency Commission, Galway West will take in a bigger area for the next general election. Some 10,000 voters from nine electoral areas around Ballinrobe in Co Mayo will transfer into the constituency. Galway West remains a five-seat constituency.

A total of 310 delegates voted at tonight's convention, which was chaired by the party's Mayo TD Dara Calleary.

Meanwhile, Cllr John Lahart has been selected to contest the general election for the party in Dublin South West.

He was selected at a convention at the Maldron Hotel in Tallaght this evening.

Cllr Butler was the only candidate selected at a convention in Dungarvan, Co Waterford.

Councillor Jackie Cahill was selected to contest the general election for the party in Tipperary. 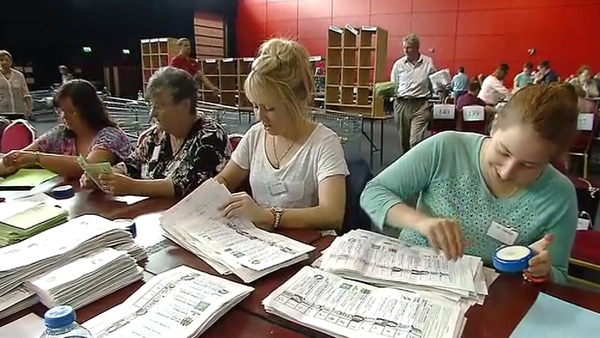