Northern Ireland's power-sharing executive has failed to agree a budget for public spending for next year.

He said: "Unfortunately today's Executive meeting has done nothing to resolve the immediate and urgent problems for Northern Ireland for this financial year."

Discussions may take place with devolved administrations in Scotland and Wales, he said.

The mood of the hour-and-a-half long meeting at Stormont Castle was described as varying from denial to acrimony.

Mr Ford added: "It is very difficult to see at the present time how we resolve issues around welfare and budget for this year within the time that is available.

"That could imply we need to see Westminster resolving some of the issues for us but ministers living up to their responsibilities."

Ulster Unionst Party MLA Danny Kennedy said there was a risk of financial and political paralysis.

The regional development minister said: "It will be a huge mistake if some of the parties were to sit and wait on their hands until the chancellor's statement in July. That is six weeks away. There is a very real crisis."

He warned there was a risk of a dangerous vacuum that "no responsible government could or should tolerate".

Chairing proceedings on behalf of First Minister Peter Robinson who is recovering in hospital from a suspected heart attack was the DUP'S Arlene Foster.

She said: "Unfortunately, as I predicted, there were no solutions on the table today.

So we came out of that Executive meeting as we went in with no clarity."

Mrs Foster said the Assembly was still facing a £600 million funding gap as a result of the failure to implement controversial welfare reforms.

"Obviously we can't move the budget bill because there is no agreed budget in position."

On Tuesday Sinn Féin, the SDLP and the Green Party used a blocking mechanism to halt the final stage of the Welfare Reform Bull when it was debated in the Assembly.

Mrs Foster said she hoped to meet with Treasury officials next week to find a path out of the crisis.

She said: "I will be meeting with them to discuss the place that we find ourselves in and to see if they have any solutions, any ways forward." 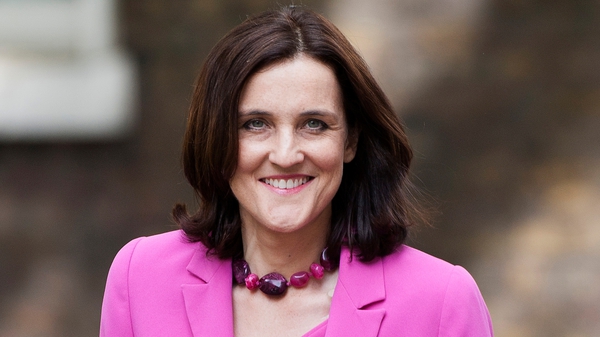 NI welfare bill could be moved to Westminster